“Replete in examples of ethical and moral conundrums, Using My Word Power serves as the starting point for effecting change, and is highly recommended for a variety of libraries and book reading groups, from those that focus on contemporary social issues and questions of ethical and moral value to others who seek examples of powerful literacy's effects on society as a whole.”
–D. Donovan, Senior Reviewer, Midwest Book Reviews
This is just one of the great reviews USING MY WORD POWER: Advocating for a More Civilized Society (2022), which is Book I of a three-book series. See more information below.

“Powerful and Timely” –Chanticleer International Book Reviews
That is what is being said about SHAPING PUBLIC OPINION: How Real Advocacy Journalism™ Should Be Practiced (2021). See more information below.

From Liberty to Magnolia: In Search of the American Dream (2018) has received several national and international awards since its initial release. The most recent is the Independent Press Award for Race Relations (May 2020). It was noted that the competition is judged by experts from different aspects of the book industry, including publishers, writers, editors, book cover designers and professional copywriters. Selected award winners and distinguished favorites are based on overall excellence. In 2020, the INDEPENDENT PRESS AWARD had entries worldwide. Participating authors and publishers reside in countries such as Australia, Brazil, Cambodia, Canada, India, Ireland, Portugal, Sweden, and others. Books submitted included writers located in cities such as Austin to Memphis to Santa Cruz; from Copenhagen to Mumbai; from Albuquerque to Staten Island; from Boise to Honolulu, and others. Other international and national awards the book has received include: the New York City Big Book Award for Women’s Issues (November 2019); the Grand Prize Journey Award for Narrative Nonfiction (April 2019) from Chanticleer International Book Reviews; the Gold Medal Award for Nonfiction Books from the Non Fiction Authors Association (May 2018), the highest award bestowed for nonfiction authors. From Liberty to Magnolia received a notable editorial review and honor from Kirkus Reviews, one of the oldest and most credible reviewers of books for libraries, schools, bookstores, publishers, agents and other industry professionals. In bestowing the honor, Kirkus noted, "From Liberty to Magnolia was selected by our Indie Editors to be featured in Kirkus Reviews April 15, 2018 Issue. Congratulations! Your review has appeared as one of the 35 reviews in the Indie section of the magazine which is sent out to over 5,000 industry professionals (librarians, publishers, agents, etc.) Less than 10% of our Indie reviews are chosen for this, so it's a great honor.” The book continues to receive great customer reviews on Amazon and Goodreads. 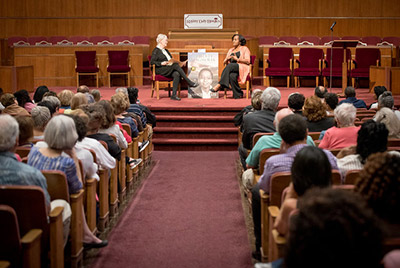 From Liberty to Magnolia: In Search of the American Dream is the story of my personal pilgrimage of growing up as a black and as a woman during the tumultuous times in America in the 1960s and 1970s when blacks (through the civil rights movement) and women (through the women’s liberation movement) were seeking and demanding equal access to all the rights and privileges afforded other Americans. The book also tells the broader story, too, of how my life epitomizes what those movements were and weren’t and what the resulting Civil Rights Act and Equal Rights Amendment have meant and haven’t meant as I have lived through their maturation. 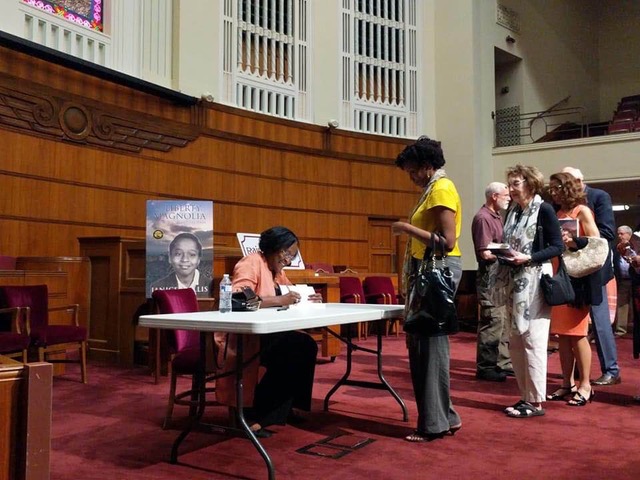 What better time than now to examine how these two seminal and defining events played out in the life of an ordinary African-American woman who believed in all of America’s promises? What better moment than today to look deeply at the life of a woman who prepared herself and worked tirelessly to achieve her goals only to realize that many still lay beyond her reach and that of most women and most blacks? From Liberty to Magnolia also addresses the two-pronged dilemma of being black and a woman while the fight for equal rights for women received overall more attention than did the continuing work of obtaining civil rights in the social, economic, and political landscape. Readers of this book will find that my life journey, in many respects, represents a microcosm of what this historic period has meant for millions of African Americans and millions of women—then and now. 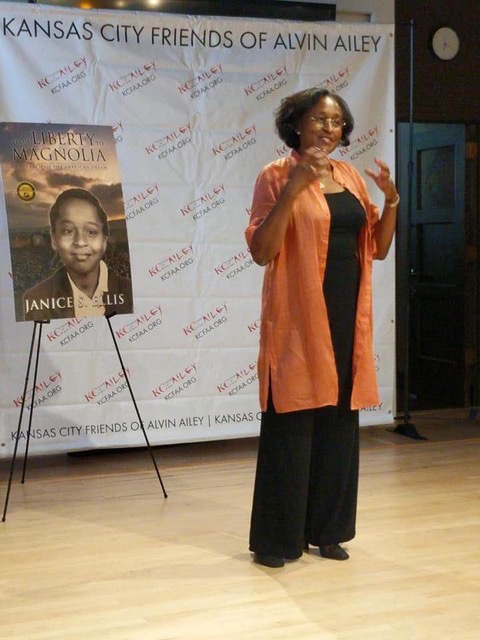 I have lived the chicken–egg conundrum. Which comes first? Am I black and then woman? Am I woman and then black? I have walked into many rooms, in many situations, filled with white people and wondered what they saw first. As a black and a woman, instead of a “scarlet” letter, I have often been haunted by the thought that I had two bold “sable” letters on my head, which instantly put me in an awkward position. The two letters I wear signify a cultural, societal, and unfairly imposed nagging deficit, a dubious distinction that seems to be a constant companion. From Liberty to Magnolia chronicles my journey from the cotton fields of Mississippi and through academe, corporate America, and politics. It is the story of how I triumphed even when, more often than not, the ugly realities of racism and sexism tried to deter me. It will show others, and especially aspiring women and minorities—with whom my story will have special resonance—how to navigate and ultimately embrace the challenges at every major crossroads and be triumphant.

In sharing my story, I hope to show my fellow Americans the gravity of the challenges that persist. I will also show them how they can embrace, navigate, and use those challenges amid the ever-present and powerful internal and external forces that are so much a part of life in America. Those internal forces that are fueled by conflicting cultural principles and practices as well as dual morality and mores. Those external forces that present themselves both as pernicious, systemic racism amid the promises of civil rights, and as entrenched sexism and gender inequality amid the quest for equal rights.

Despite these sometimes overwhelming forces—how they play out, often tugging for dominance in every major decision, at every major crossroads—this memoir shows how, through it all, one can discover inner strength, defy the odds, pursue goals, and achieve a real and meaningful purpose in life.

SHAPING PUBLIC OPINION: How Real Advocacy Journalism™ Should be Practiced, won the Nellie Bly Nonfiction Journalism Award. Restoring honesty and civility must be the priority among journalists and commentators if we are to serve a dependent and vulnerable public and safeguard a fundamental tenet of our Democracy—that is the focus of the book. The book has received great national editorial reviews and endorsements.

Shaping Public Opinion will have special resonance with journalists, political columnists/commentators, pundits, political leaders, other influencers of public opinion, the professors who teach and the students who study them as well as citizens who are concerned about the trajectory and course of our national and international political dialogue.

The wise use of words is one of the most effective and powerful tools we have as individuals to bring about meaningful change in our lives, our communities, state and nation—indeed in many areas of society. My hope is Using My Word Power will improve understanding about issues that impact us all, and that you will be informed, enlightened, inspired and have reaffirmation that in addition to our beliefs, our words and actions are what advances a more civilized and better society.

Contact Janice Ellis today to learn more about her work. She writes about social issues affecting people in Kansas City, Missouri, and throughout the country.