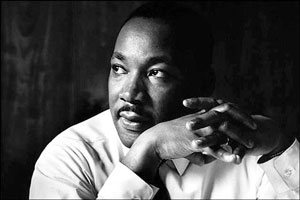 Fulfillment of Martin Luther King’s dream lies with our children. Since the Dr. King Holiday celebrations are over, what’s next?

The prolonged celebrations and holiday commemorating the work of Martin Luther King, Jr. will have fleeting meaning if most of us go back to business as usual until this time next year. Parties are one thing. Living the principles and teaching what King died for is quite another.

When you look at adults who spend their lives filled with racial prejudice, the enduring expectation for better race relations, religious tolerance, social justice, must lie with future generations and our children.

The more inhumanity Dr. King saw and heard, the more he could not turn a deaf ear or a blind eye. Obviously, adults, whether his parents and others he encountered along the way, planted and affected his life’s work to make matters better, and the belief system that regulated how he regarded humanity.

Time, and time again, we see how hard it is for lots of us to shake the false and dangerous perceptions of others which were passed from one generation to another. We must take the blinders off and face how these perceptions perpetuate negative influences on our children, grandchildren, and their children.

If we don’t impress upon our children that they must carry on with the fight for equality and dignity, there’s little expectation for meaningful advancement and enduring change. The cycle of religious intolerance, racial hate, and other insidious practices against each other will never be actually broken. Neither we, nor our future generations of children will ever actually value the beauty and wealth which can be found in our differences.

If King had to choose between commemorating his work with weeks of marches, songs, and readings over us educating our children every day by the way we live the principles and practices he died and fought for, he’d much rather we teach our kids.

Every now and then, we get clear and nasty reminders, a hanging noose here, an ethnic slur there, in addition to other actions that are derogatory and demeaning. Occasionally the reminders become awful with someone killed or beaten because of how they look, their religious beliefs, or their sexual orientation.

Then there are the apparent offenses against individuals due to their color that are with us every day through some form of disenfranchisement or the other born of the differences between economic classes, the well educated, and the ill-educated. Someone is denied a job, a home, a loan, a seat in a classroom merely because to the color of the skin.

Among our contemporaries who promoted racial hatred and intolerance, and the best methods to move beyond, the heritage of our forefathers will be to educate our kids. And teach them well about the respect and sanctity for all people.

As parents and significant adults in our kid’s lives, we must send an unequivocal and unswerving message: Ones color, ones ancestry, ones economic status in life by birth doesn’t automatically make someone either superior or inferior to every other individual who may be different.

Picture how this world would be if we’re able to just prevent passing on beliefs and the harmful stereotypes of racial hate to our children. Many cycles that were divisive and destructive would be broken. We’re able to finally sow the seeds that would advance human relations by leaps, and bounds, in imparting the correct lessons and messages to our kids. When our children can become the teachers of other children, only then, will the principles King lived and died for become our way of life.

The real fulfillment of King dream lies with our children
Edited and Reprinted with Permission of USAonRace.com