The Power of Words to Effect Change 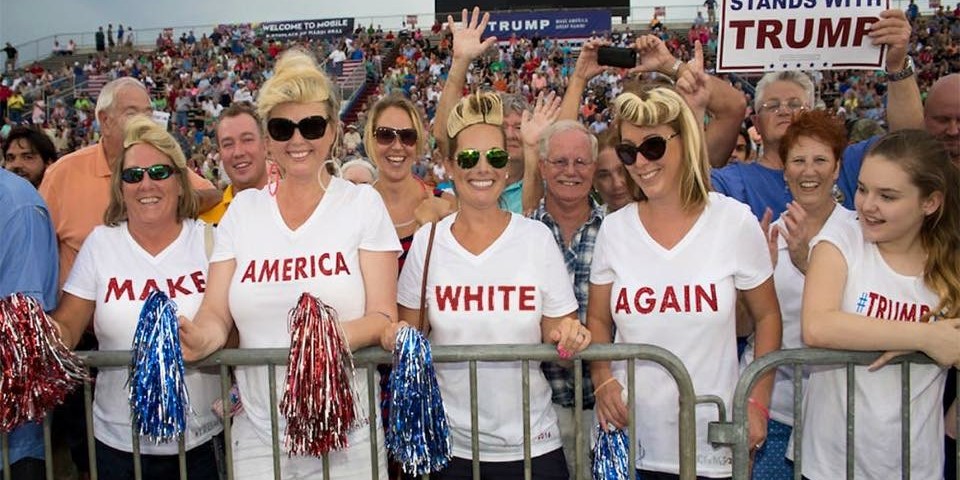 Living in the moment can be blinding

Living in the moment can be blinding and give us a distorted view of the past and put us on a wrong path for the future. This holds true in the 2016 United States Presidential Election.

The current Republican Presidential campaign is a great example of the danger of being caught in the reality TV-style tenor the whole process has taken. While it may be entertaining to watch, the underlying dangers are just beginning to manifest themselves.

Living in the moment can be blinding. History is replete with examples of how societies are destroyed from within because of the rise of what seems to be an attractive leader, at least for the moment, who in fact were Fascists, bigots, misogynists, and white supremacists. Living in the moment can be blinding. Photo Credit: aidarojas.com

Let’s start with the front runner, Donald Trump. Many voters seem to be attracted to and captivated by his bold statements about anything from illegal immigrants, women, Muslims, Russia, China, Mexico, and opposing candidates. It seems not to matter whether those statements are false, contradictory, vulgar, or incite hate or violent behavior. In Trump’s case words seem not to matter beyond the moment.

Are many Trump supporters and political pundits living in the moment? Are they blinded by what they are seeing?

His rise to front runner status among Republican candidates for president is a great example of how living in the moment can be blinding. And when you open your eyes, it may be too late.

With Trump continuously repeating insults to Mexican Americans, legal and illegal immigrants alike; with Trump continuously insulting all Muslims, even those who do not support terrorists or extremists; with his frequent insults of women as exemplified by his treatment of Fox News journalist, Megan Kelly, how can his supporters possible think that even if he wins the Republican nomination that he can get Hispanics, blacks, Muslims and other minorities in the electorate to vote for him?

Will Trump be able to attract a large enough percentage of the largest voting group, women, to win?  These are real questions. Living in the moment can be blinding and prevent realistic analysis of some likely answers.

Will a Donald Trump presidency be good for the country? Will he actually be able to do what he says should he get elected? Living in the moment can be blinding and potentially dangerous when we consider the great stakes riding on the outcome of the 2016 Presidential Election.

We must remain mindful that living in the moment can be blinding, resulting in dire consequences for our country, our community and our family unit.