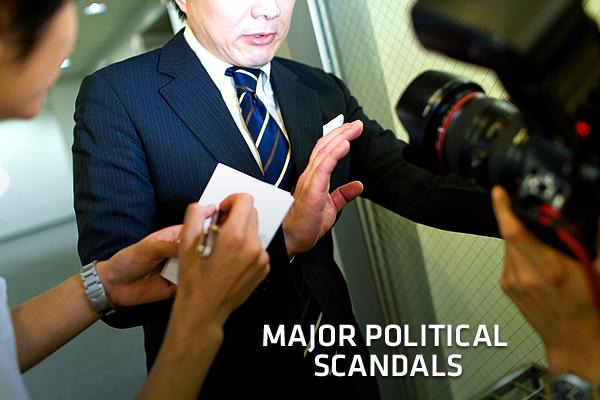 Our political mores and culture seem to be degenerating before our very eyes. We hardly recover from the shock of one political leader’s dangerous and immoral conduct before the disclosure of another floods the media . In recent months, first there was former Governor Arnold Schwarzenegger. Then it was former presidential candidate, John Edwards. Now, it’s Congressman Anthony Wiener. Who’s next?

Before this recent barrage many other elected officials left or resigned office following the disclosure of private indiscretions. It’s becoming common that voters are faced with choosing between candidates who either, admitted illicit behavior, and illegal drug use, infidelity, or who refuse to come clean about rumors affecting such behavior.

Clearly, it is not a happening only. Scandal is playing out on the global period also. What do we make of it? Is it a sign of the times? Can it be a paradigm shift in culture and our political mores? Is the rebellious conduct by many during the sixties and seventies, and the breakdown of conventional values finally coming home to roost on the public leadership position? Does it mean we need to change our laudable and lofty anticipations of those we trust to lead? Merely what does it all mean?

What should be the character and quality should we care about the people vs. the private person?

These are the questions. The replies and the class we take, or accept, will have enduring impact and far reaching implications.

One very important consequence we need to consider is: What messages are we sending our kids, the leaders of tomorrow? Are our children turned off by what they see? Or, do they understand how great the demand is for good men and women at all levels of government? Men and women with great character, powerful values, and a true desire to allocate energy and their talent toward folks and those areas that impact public policy dwells men and women who have no problems with being responsible and honest for mistakes, their behavior and all. Let us all hope the latter is accurate, and the entire irresponsible and shameful behavior by many political leaders won’t leave our pool of talent morally bankrupt.

Politics, public policy, and the people we elect to enforce our government determine the quality of our lives where we dwell, how we live, where our children go to school, what money is left from our pay check to enhance our standard of living, along with the quality and bacteria-free food we put on our tables for our family members to eat. We feel the decisions made by politicians every day at every level of government, if we just stop to think about it. There are no exceptions or few.

But with elected officials and nominees seemingly besieged by questions of inferior character or inferior judgment dominating the political period on all accounts, we mustn’t let our future leaders of tomorrow be left with a negative perspective or lousy taste in their own mouths about the governing associations themselves. We should emphasize that the principles of government are greater than any one or a number of people. We must remind them on every turn about the amazing system of government that we have in this country, albeit imperfect. This country defied slavery’s ugliness and divisiveness. It defied wars. It defied many economic downturns, a depression, and other disasters of various sizes. And yes, it has withstood philandering leaders, dishonest presidents, senators, representatives put in visible and powerful leadership places. While we have been disappointed, suffered humiliation that is national and international, we are still powerful as a country.

Possibly one of the greatest things for us to do as we face the question (if not an imminent crisis) of what constitutes good leadership and good character would be to preserve an open and continuous dialogue with our children, our colleagues, and with our neighbors. Support a dialog to air problems and place everything into the proper perspective while helping individuals resolve conflicting feelings that makes them cynical or avert public life.

I trust that in our classrooms, at every chance, we call upon the great philosophers and leaders in classic and recent history for guidance and as examples to follow. Politics mean we have exciting discussions, among citizens who use investigation to ascertain and promote the best good for the greatest number with each policy choice made, and to have energetic, sometimes vigorous deliberations.

For this particular nation to continue to be amazing, it is going to take us to remain engaged, in whatever way we can to keep our government participating at all degrees, powerful. Leaders, who are ethically and morally powerful, providing leadership in maintaining what is great about America.

Let us keep these thoughts in your mind as we watch the candidates and vote in the elections in 2012. It is not too early.