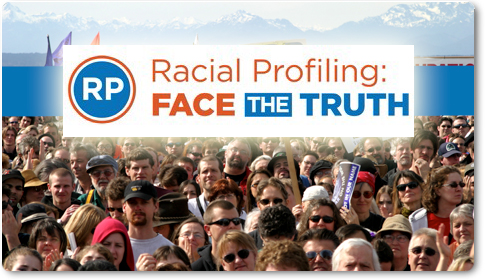 Racial profiling training required of police and law enforcement agencies across the country would go a long way to decrease the trend of false arrests and senseless deaths. Such training could reduce or stop the inequality that is practiced daily from traffic stops, marijuana possession, to walking or driving down a street if it appears that you do not belong.

Too often racial profiling have resulted in false arrests, incarceration for misdemeanors or mistaken identity, even death of many minorities, especially African-American teens and young men. In this year alone, we have been confronted almost monthly with the grim statistics that black drivers are stopped more frequently and at a higher rate than whites.

Even worse, there have been a number of fatal shootings of unarmed black teens and men by police in too many communities, resulting in continual mistrust of law enforcement, which has also led to protest and prolonged unrest.

Unfortunately, the victims and victimizers seem to be at an impasse. Rightly or wrongly, many police and law enforcement officers allow their pre-conceived notions and prejudicial feelings and beliefs to govern how they react to and treat innocent black suspects and perpetrators alike. Racial profiling training required by law enforcement could prevent this.

On the other hand, many blacks whether law-abiding citizens or potential criminals have a long-standing historical distrust of police and simply do not believe that they will be treated fairly in any circumstance, from walking down the sidewalk or driving down the street. But blacks are not alone when it comes to being victimized by racial profiling. Hispanics are often the victim, especially in some border states with Mexico and those states where there are many migrant and illegal immigrants.

Sheriff Arpaio was required to attend the training sessions that his officers must also complete to correct violations of constitutional individual rights that the sheriff’s office commit when making  to traffic stops of drivers of Mexican descent.

More than a year ago, Arpaio’s office was found guilty of racially profiling Latinos during patrols. Racial profiling training required by police departments could go a long way to improve relations.

If the Arizona sheriff and his officers are required to undergo training on racial profiling so they can stop the injustice, why not have police and sheriff departments all of the country do the same?

Racial profile training required in police and sheriff departments could go a long way in changing the beliefs, culture and practices when it comes to law enforcement ensuring that equal treatment and justice occur across race and ethnicity.