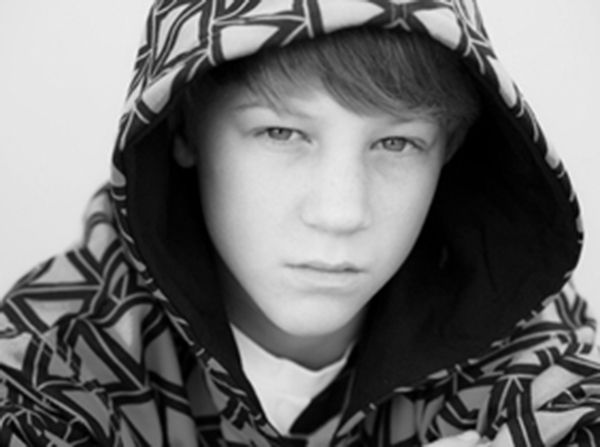 Trayvon Martin and your son, what are the similarities between them that could inadvertently put your son on any black teen in harms way? What are the stereotypical images that could be detrimental, indeed deadly.

Trayvon Martin any was not a drug dealer, a gang banger, or user. He had not been a juvenile delinquent. He was a 17-year old, headed to his family’s dwelling at twilight with iced tea and Skittles in hand to observe a basketball game. But he never arrived. Yards from his doorstep, he was shot in the chest by a white male area watchman carrying a high powered handgun.

Why? Was it because he was a black adolescent wearing a hoodie in a gated area where it was perceived that he didn’t fit? Was it because of the common perception that young black men walking in any area with hoodies up to no good?

At the broader level, we must also address the dangers of judging an age group or a whole class by dangerous, frequently incorrect racial stereotypes.

But until then, hoodie wearer, especially youthful black hoodie wearers should beware. Many black parents around the country cannot be resting if their adolescents are coming home from a football match, band practice at twilight, a tutoring.

But could wearing a hoodie spell certain danger for a black man or black teen? Why is the danger even greater in a suburban neighborhood even if they dwell there or are seeing family?

Yes, there are offenses perpetrated by people wearing hoodies and other forms of disguises. But, is the stereotype that by just seeing a black teenager and black man wearing one being stretched by it, should we be wary, concerned, take defensive activities? Trayvon Martin and your son could have a lot in common. Photo credit: ibtimes.co.uk

More importantly, a black neighborhood watchman, shot a white adolescent wearing a hoodie and if this incident was reversed, would he be walking the streets or would he have been detained?

This is a question worth asking. But, more importantly, it must be replied to truthfully. That can simply be done by recognizing the way the justice system treats black boys and black men vs. white boys and white men. The activities appear to strengthen this disparate treatment.

But, more than black teens and young black men wear hoodies. And, most of those are up to a lot of good. They’re high school athletes, as Trayvon was. They are even law students or school athletes, as those who came out in mass force to show their support.

Hoodie wearers are also black, white, Hispanic, Asian people of races and ethnicities. They are young men, boys, girls, and young and older women.  The One Million Hoodie March in New York City to build support to get Trayvon Martin justice is evidence of that. But, you did not have to see the rally to know that. All you have to do will be to observe joggers, walkers in your community everyday.

We cannot bring Trayvon Martin back. But we can do is send a strong message to his family and decent families across America that what happened to him is unacceptable, and measures need to be taken to prevent such a tragedy in the future.