Seniors And Our Elderly 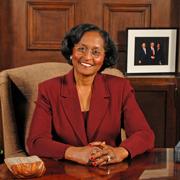 Beliefs about race last and can have influence beyond a lifetime. Our perceptions, beliefs, and the resulting actions not only have serious consequences during our lifetime, but also on generations long after we have gone.

The first study conducted by the Institute on Assets and Social Policy at Brandeis University poignantly and pointedly confirmed the growing wealth gap between white and African-American families. The study shows that during a period of 23 years, between 1984 and 2007 when America enjoyed an unprecedented economic boom, the poverty and wealth divide quadrupled. Middle-income white households gained far more wealth than high-income African-American households. Beliefs about race can be so inaccurate. Beliefs about race: more whites own homes than black

The study also reports that African-American families have more debt than assets, which result in a great percentage of African-Americans having absolutely no assets to rely on during economic hard times. Thomas Shapiro, co-author of the research, said “Our study shows a broken chain of achievement. Even when African-Americans do everything right – get an education and work hard at well-paying jobs – they cannot achieve the wealth of their white peers in the workforce, and that translates into very different life chances.”

The study lays the cause of the fourfold increase in the wealth gap directly at the feet of public policies that have been passed to benefit the wealthiest Americans and the continuing discriminatory practices in the housing, labor and credit markets. Shapiro, who has authored The Hidden Costs of Being African American and co-authored Black Wealth/White Wealth, states “A U-turn is need. Public policies have and continue to play a major role in creating and sustaining the racial wealth gap, and they must play a role in closing it.”

Bottom line is that such vast economic disparity is not good for anyone. Everyone will pay in lesser or greater degrees whether we recognize it and accept it or not. We can not build a strong America with such entrenched poverty and discriminating economic practices that can only be corrected by substantial change across generations, which brings me to the second study.

If you think the findings of the racial wealth gap study are disconcerting, you are faced with the stark question of is their really hope for lasting change when you review the result of a CNN study on children’s racial beliefs, attitudes and preferences. To say the finding are alarming is an understatement. They are startling.

When kindergarten and middle school children, in schools geographically dispersed with comparative compositions of white and black students, were asked about positive traits of children their age or in their class or with whom they preferred to associate, the answers were frighteningly consistent:

It was gut-wrenching to watch four and five year-olds select pictures of lighter skin tone children as been smarter, nicer, better looking; and then select children with darker skin tones to be dumber, meaner, bad and uglier. The darkest tone picture was selected most of the time. Beliefs about race can be so damaging and destructive.

Two studies, at first glance, seem un-related. But their ties bespeak of a vicious cycle that begins at an early age that we must work on multiple fronts to break.

A chain is as strong as its weakest link. There are no exceptions no matter how much we choose to delude ourselves or think this old adage does not apply here. Beliefs about race last, sometimes over multiple lifetimes.