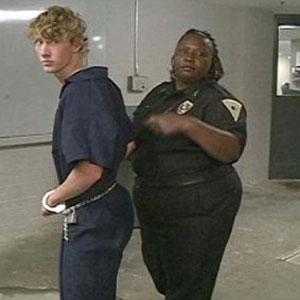 The wanton killing of a black man, allegedly by two white teens in Jackson, Miss., is a horrendous and sad wake-up call that highlights how deeply racial hatred remains alive and well in America.

But it is more than an allegation. Today, CNN revealed a chilling video tape that captures the entire incident of the two white teens beating and subsequently running over, with a large pick-up truck, a black man that happened to be in the wrong place at the wrong time. Black man murdered by teens.

The past is poignantly prologue.

According to witnesses, the main perpetrator of the crime intentionally drove around to find a black man to harm. After doing so, reports indicate that after beating the man unmercifully, he exclaimed to his friends with glee that he had “run over the nigger.”

The perpetrator and his co-defendant are teenagers. There were other teenage girls in the truck when the heinous and hateful crime was committed.

Such old and venomous hatred seems so easily manifested in the youthful innocence. It begs the question, what hope is there if the young continue to accept and be shackled by the old chains of  hateful oppressive thoughts and behavior?

What the teens did not know was that the surveillance camera at the convenience store caught the beating and merciless killing of this man with the truck on tape. What drove these teens to commit such a horrid act? Was it a spur of the moment error in judgment, a dare, or a senseless decision under the influence? Or, is it indicative of something darker and deeper — deep-seated racial attitudes and prejudices as nurtured by family practices, community traditions, and casual conversations?

What made such tender minds feel that such an act would be okay, acceptable?

Whatever the reasons, they are not acceptable, and this country needs a wake-up call for us all to pay attention to the racial tempest that is brewing.

During the last several months, the rise of racist incidents in middle schools and high schools from California to Maryland and points in between continue. Incidents range from racist graffiti, which includes ethnic slurs and symbols such as the “KKK” and a swastika, to vandalism, and sporting the Confederate flag. Black man murdered by teens.

These are our children — our citizens and leaders of tomorrow. What are we doing to prepare them to live and function successfully in a multi-ethnic and multi-cultural America and world?

America is not alone in its challenge of teaching and being role models for our young people when it comes to increasing understanding and inclusiveness of ethnic and cultural diversity. The increase in racist incidents in primary and secondary schools in the United Kingdom is also widespread. A recent report illustrated that 359 racist incidents occurred during the last academic year across several schools.

How many more such incidents fail to make the evening news or front page of the newspaper?

The thought processes that led to the racially motivated killing in Jackson, Miss., while extreme, reprehensible, and unthinkable, started somewhere. Those kids did not just wake-up one day and decided that they were going to go out, beat up, and kill a black man. Black man murdered by teens. Those negatives seeds, planted and germinated by generations past began maturing a long time ago.

We can no longer afford to ignore or minimize the signs of the racial hatred taking hold within our children.

They are ominous warnings to us all.