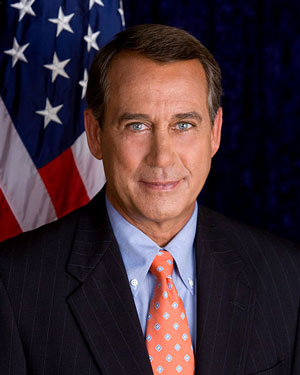 Governing is about making decisions that result in the best good for the greatest number. Congress used the lifting of the debt ceiling deadline that was looming to further the causes of the strong and special interests and political agendas. The people’s concerns and needs were secondary, just a public relations inconvenience.

What a pity. Of all the branches of our democratic form of government, it’s the House of Representatives that stands as the Peoples House. Those members are supposed to look out for our interest, our well being, not that of special interests or the extreme political philosophy of the few. The People’s House acted against the majority of public opinion in addressing this dilemma. Repeated surveys were very affirming: The public desired a solution that is honest and balanced, arrived at through compromise and politeness. Debt ceiling lifts cover off  Congress.

What the people got was far from it. A brief recount demonstrates how this total disregard played out.

A pretty routine procedure for past presidents became a significant endeavor for this particular president. At the very least, it begs the question of why? Why is this a major hurdle for President Barack Obama when his predecessor, President George W. Bush, lifted the debt ceiling seven times during his tenure without any fanfare, President Clinton before him, and then of course there’s President Reagan who raised it eighteen times.

The pundits would argue that it was the influence of the Tea Party members who rode the horse named, “Less Spending & Government” to Congress. Other pundits will claim this show by the Republican Controlled House of Representatives was a chance to flex its muscle by re-establishing its political orientation and less government to reconnect to its foundation.

Nevertheless, we cannot ignore this was also an effort for those really outspoken Republicans to make good on their main mission and guarantee to do whatever they can to keep President Obama from being re-elected.

And then there’s the “Black” elephant in the room that no one likes to admit exists let alone add any credence: Could it be that the open and subliminal disrespect this President continually confronts is due to the fact that many remain uncomfortable with him and all he represents? If we are fair in taking a hard look at the conduct of the members and the Tea Party rallies with their racially charged placards, we must recognize that the race card is at play. President Obama should be commended because no matter what, he hasn’t resorted to playing the game. And, wisely so.

But play the race card was what this Congress did and warrants scrutiny at a broader level. Whose interests were really at the vanguard? Yes, it was significant the United States not default on its debt. But, that simply demanded the stroke of a pen as it has many times past. No, we don’t need adding to the deficit and to only keep spending, we also have to cut waste making needed changes and revising defense spending. But didn’t the President and the Senate’s leadership propose that?

Shouldn’t we also address the need to increase taxes? Yes, and the Senate’s leadership and the President additionally tried to address that by proposing that the rich pay their fair share of taxes. Initially, closing inequities and loopholes would have done this in the present tax system.

But no new taxes by the Republican leadership’s insistence ruled.

Shouldn’t every American pay their fair share of taxes? Why should one group of Americans bear a disproportionate share of the tax burden? Why should those who can most afford it pay the least?

Should taxes be raised solely by reducing the benefits to the middle class, and the elderly, the poor?

It confirms that we have to be very careful about who we send to Washington to represent our needs and interests, if what we observed as the motivations and activities of our elected officials at work does nothing more.

Shame on us if we forget who, during these demanding times, fought to do the best thing possible for the best welfare of all Americans.