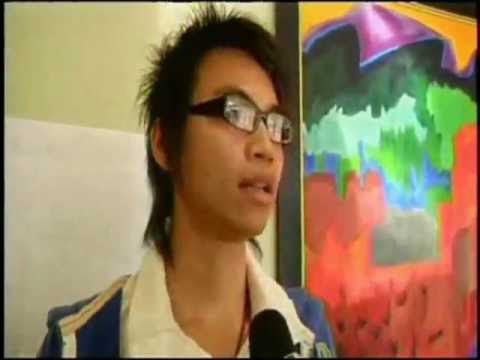 Black on Asian crime is occurring in major urban areas across America and it does not always make the evening news or any discussion about growing violence in this country, but it is happening more and more.

Only this week, the San Francisco Examiner reported that groups of black people are targeting Asian companies and homes to perpetrate acts of robbery, violence, and murder. A recent police study shows that 85 percent of physical assault offenses involved black on Asian crime.

But black on Asian crime isn’t confined to San Francisco. Philadelphia may have an even more violent and widespread issue. During the last three years, there has been an increase in murder and burglary and break-ins for Asian business owners and in their own residences.

What’s awful is those are the ones where there is a record of those actually apprehended. But it is widely believed that a lot of these crimes go unreported.

San Francisco and Philadelphia aren’t alone. Similar incidents have been reported in Manhattan, NY. And you can find video news reports of black on Asian offense.

But in commenting on the black on Asian offense, Yale Sociologist, Elijah Anderson accurately noted, “It’s a human thing. It could be Asians who get jumped. It could be white, Italian, Jewish, whatever, if you know what I mean. This is not unique to blacks and Asians.”

But what are cities doing about it? It has been a tendency that is growingly destructive for the last several years during summer breaks for teenagers that are black.

Ask just a casual observer in any major metropolitan area, youth agency, or government officials whether you can find enough positive, enriching activities or job opportunities for black youth, the response will be a resounding NO. Survey several parents and you will likely get the exact same reply.

There are indications all around that black youths between the ages of nineteen and ten do not have enough positive programs or job opportunities. It is a national problem that is showing up in different ways.

The issue of addressing the long term needs of black youth must be positioned higher on the radar screen for those in positions to do something meaningful about it: policy makers, civic and business leaders, parents, the faith community, school administrators, and public and private financing agencies.

We need not reinvent the discussion. A meeting here and there will not get us where we need to be. Believing we can arrive at meaningful alternatives without making a long-term commitment to designate the crucial dollar resources will only fool ourselves.

Black on black crime, black on white crime or black on Asian crime, ow many more innocent sufferers do there need to be?

Feature Photo Credit: digplanet.com, this student was the victim of black crime in a school in Philadelphia.