Resolutions Of Years Past

The Power of Words to Effect Change 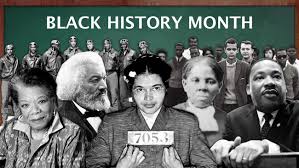 Expand black history in schools by including it in the books and course work being taught in classes from kindergarten to College. It should be an educational requirement in school districts all across America.

It is 2016. Let us continue the movement to expand black history in schools and have the contributions of black Americans included in the standard curricula from grade school through high school by 2026. This will be 100 years after the first effort to recognize the role blacks have played throughout the advancement of humanity.

In 1976, fifty years after the first “Negro History Week” occurred in 1926, the recognition of the contributions of black Americans was expanded to “Black History Month.” Wouldn’t it be grand and a historical milestone if fifty years later in 2026, we can truly say black history is integrated into American History.

Have black history integrated as a normal part of the curriculum in schools across America.  What a great centennial celebration that would be!

Black History Month, also known as African-American History Month, has fulfilled a great purpose since its designation in 1976, which came about as an expansion of “Negro History Week” that had been created some fifty years earlier in 1926 by historian Carter G. Woodson. The expansion of the recognition of black history from a week to a month was officially recognized by the U.S. government during the Bicentennial Celebration some fifty years later in 1976. As we celebrated two hundred years of American History, then President Gerald Ford urged Americans to “seize the opportunity to honor the too-often neglected accomplishments of black Americans in every area of endeavor throughout our history.”

February became the chosen month because of the birth dates of Abraham Lincoln (February 12) and Frederick Douglass (February 14), both of whom played pivotal roles in the abolition of slavery, and both celebrated together by black communities since the passage of the Emancipation Proclamation in the late 19th Century.

These efforts at setting the record straight are to be commended and can be continued within families and communities as a time of special emphasis and commemoration. But such commemorations, within themselves, are not enough.

Become a part of the movement to have the roles and contributions of blacks incorporated in the standard required curricula in subject areas from A to Z, beginning in grade school and continuing through high school in every school district across America, by 2026.

We began this conversation in February 2015. Sign on and be a part of this historic movement.