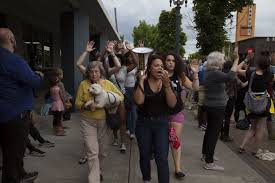 Ferguson highlights racism and inequality, which have been long-standing issues between blacks and whites in cities all across America. Many would like to believe otherwise, but the annals of the history of the black family and white family present some stark realities.

We, as individuals and a nation cannot expect to make any real change in how we perceive, understand, and relate to each other if we are not willing to look at where we are today and the reasons why we are there.

Real progress about how we see race in America will require an open mind and some painful admissions on all of our parts about the American family unit — both black and white. The unrest in Ferguson highlights the racism and inequality that exist and present an opportunity to begin a dialogue and take steps to end it.

The black and white family’s journey has been different. One of privilege. The other of paucity. One family has typically emerged out of a history where the presence of both parents has been valued and promulgated; the other family from an institution of slavery that raped and destroyed the family unit, separating mother and father, mother and child.

One family has been able to move within society with what appears to be automatic acceptance, and access to opportunity; the other constantly facing rejection either blatantly or subtly at every turn, when it comes to access to education, a job or a place to live. These conditions exist in Ferguson and the unrest highlights the racism and inequality.

One family is afforded a certain level of economic prosperity; the other often denied, limited, or trapped in a perpetual cycle of poverty. One family is exposed and provided the highest quality of educational training; the other subjected to sub-standard learning environments. One family lives in a neighborhood absent of blight and crime, the other constantly plagued by it.

And yet, there are too many of us who would like to believe that all things are equal.

The death of Michael Brown and the unrest in Ferguson, Missouri that erupted only scratches the surface of the divide between perceptions and stereotypes that exists among black folks and white folks.

The perceptions, right or wrong, accurate or inaccurate, on both sides are telling and offer lessons for all of us, about all of us.

White folks wonder why some black teenagers would rather sell drugs, shoot a fellow teenager for money or a jacket and rob the elderly.  Black folks wonder why some white teenagers from wealthy and not-so wealthy neighborhoods choose to build bombs and go on shooting rampages and kill fellow classmates, teachers and family members.

White folks think there are more able-bodied black folks getting a free ride on the welfare rolls than there are whites. Black folks wonder why any able-bodied white person needs to be on welfare when they have an easier time getting gainfully employed than their black counterparts. 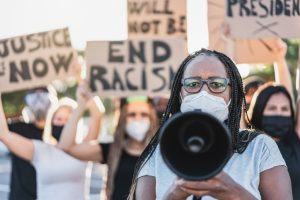 There are also those black and white folks who think none of the above. They understand that we all are the sum total of our experience and that begins and is shaped by the family unit of which we are a part, along with the social, cultural and economic circumstances that play a role.

There are blacks and whites that have immovable faith in the human will and spirit to overcome adversity and impoverished conditions. They fervently believe that someday race will not define how we see each other, or how well we work to build stronger families for a better America through better education, gainful employment, quality housing, good neighborhoods and other supportive services.

There are black folks and white folks who recognize that the family unit holds the key.  It must be strong.  It must be healthy.

Irrespective of the situations we as people find ourselves – some we share as black and white families other we don’t – they did not come about overnight. Our children, and their actions good or bad, represent the culmination of values, beliefs, practices and conditions passed from one generation to another.

The American family unit – black or white – in all its forms is at a precarious time in its history. While some have been blessed with privilege, and others plagued and imperiled by paucity, promoting the health and well-being of all families, ultimately, holds the cure.

The unrest in Ferguson, Missouri, is but another cry for help to address those conditions of racism and inequality that still plague black families across America.