Taking Care Of Our Elders 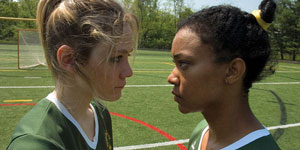 Today, many suburban areas find themselves confronted with the very social and environmental ills of the central and urban core that inspired their birth.

As central cities across the nation seek to revitalize housing, spur economic development, improve educational offerings, we see many who declared themselves staunch lifelong suburbanites, even exurbanites making the return flight back to the urban core.

In an interesting turn of economic events, suburbs are becoming more attractive and affordable for lower and middle income families of all racial and ethnic hues; and urban core areas, once so blighted and neglected that only those who could not escape remained, are suddenly becoming affordable by repatriated suburbanites who can afford the new housing, and now desire to be closer to their place of business and newer entertainment districts.

As the old axiom goes, what goes around comes around.

So are we headed for enclaves of central cities for the rich and well-to-do surrounded by suburbs for the low and middle income where there is increasing blight as a result of closed shopping malls, neighborhoods with low income housing, and declining school systems?

The changes occurring in metropolitan areas around the country provide a unique opportunity to learn important lessons.

First, we need to acknowledge there is really nowhere to run, nowhere to hide. Central cities and suburbs are both facing many of the same challenges: lack of adequate housing, increasing crime, homelessness, not enough social services, racial and ethnic conflict, effectively educating a multi-language student population, adequate public transportation, sustaining quality air and other healthy environmental conditions.

Secondly, the long-term quality and economic viability of any central city, and the suburban areas that surround it, are inextricably connected, tied, locked – and it will require unprecedented and sustained cooperative efforts among city and suburban leaders and dwellers to build and maintain healthy and vibrant metropolitan areas.

Our metropolitan areas are the engines that drive the economic well being of our nation. Our metro areas are the store for our greatest human capital, the seat of creativity and innovation, the seed of job creation, the shaper of contemporary society.

So, how do we stop the vicious cycle of flight, to and fro? City, county, suburban, state and federal officials, more and more, must stop governing in silos, must more and more stop taking ego and power trips because they happened to be elected for a time to preside over a piece of geography, and realize more progress can be made together than in isolation.

The Brookings Institution recently released a fascinating and important study, “Blueprint for American Prosperity: Unleashing the Potential of a Metropolitan Nation,” as part of its 2008 Metropolitan Policy Research Program. It warrants a read by all elected officials at every level of government. It also is something that all caring citizens should read to hold our elected officials accountable as they make decisions to improve the quality of life for citizens no matter where they live – in the heart of the city, the surrounding suburbs, and rural communities beyond.