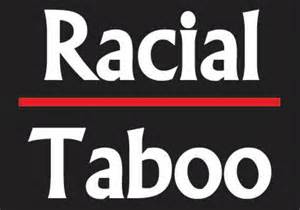 Rather than just participating in a sporadic conversation born of out of a reaction to some incident that is beamed to us by satellite via our favorite medium of communication, or something we witnessed at work or play, we must willingly engage in whatever opportunity that presents itself as we go about our daily lives.

All forms of passive engagement only require a minimum effort on our part. To truly lift this cloud of color angst that hovers and hangs over us – some days high, some days low, but ever present – we must be proactive about it. We must want to overcome our collective reticence, our fear, our conflict-avoidance syndrome, and get to the stage where race relation issues become a natural part of the national dialogue, both formally and informally. Whether these conversations occur in televised national programming, classrooms, coffee houses, community forums or family gatherings – we need to cultivate a good appetite to learn as much as we can about other people and cultures.

Imagine what a meaningful and giant step that would be in creating a one world, one people concept.

However, we, as a nation, seem caught between two extremes: One, where we would like to avoid the topic at all costs, in nearly every domain – politics, the workplace, and even in the place where we worship. How can we forget the great lengths taken by then presidential candidate Barack Obama, and his aspiring cohorts alike, to suppress the issue of race in the protracted campaign season? However, despite these efforts, the issue of race kept raising its head whether in bedrooms, around kitchen tables, or across the backyard fence.

Now that we have a black president, the issue of race still persists. Honest conversations about race are sorely needed

Then we have the other extreme, where we want to either declare that history is prologue and there will never be true acceptance, or equality, among or across race and ethnicity. In that respect, we have the Rush Limbaugh’s, the Rev. Wrights, the black, white, brown, and yellow separatists groups, who are happy to always look for a forum to espouse and spew forth their openly racist pronouncements.

If we had any hope that electing the first African American President would broaden and make a national dialogue easier, then that audacious hope has cowered. The Henry Louis Gates-Jim Crowley Beer Summit at the White House cannot be all there is. Speaking out about the Trayvon Martin-George Zimmerman incident or the Michael Brown killing in Ferguson, MO is not enough either. Where does that leave the rest of us – the silent majority of Americans? Some of us, no doubt, relate to both of the opposite ends of the spectrum as illustrated above, but there must be a large core group of us who is ready to be part of a new chorus, and willing to sing new songs of inclusiveness. Honest conversations about race are long past due.

When will we flex our collective muscle, and stop tolerating platitudes, stop being passive participants in the intermittent parade of comments and analysis of pundits on talk shows and op-ed pages of the local newspapers? When we demand that our leaders view the issue of race relations in this country, and around the world, as just as important – if not more so – as the fight against terrorism, global warming, and illiteracy – all of which, left unattended, could lead to the demise of a nation…indeed the planet.