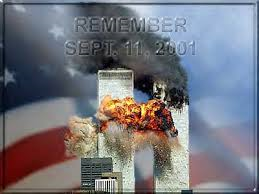 A lasting victory against terrorism will be achieved only when we invest in educating ourselves and future generations on the peoples, cultures, religions and lifestyles beyond our own.

Today, we remember September 11, 2001 when terrorists attacked the World Trade Center, the Pentagon, and were confronted by courageous Americans on the down plane in a Pennsylvania field.

Our nation has spent unlimited resources to find and kill Osama Bin Laden, behead Al Quaida, topple Saddam Hussein, and has no doubt rooted out terrorist cells, and impeded their progress with our unmanned drones.

But will winning these battles clearly have not resulted in us winning the war on terrorism?

Now ISIS or ISIL, a terrorist group described as worse than Al Quaida and the Taliban combined, has reared its ugly head and is doling fear, violence, barbarity, and savagery in measures unlike we have ever seen.

It begs the question, how can we ever hope to achieve a lasting victory if we, average American citizens, do not understand the enemy, all of its faces, and the fronts on which the war must be waged. 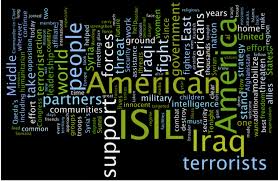 We are once again on alert, because authorities acknowledge that ISIS likely has terrorist cells among us. We know that many of our fellow Americans have joined them in their cause and could re-enter America and bring harm.

We are reminded today of the many new names, places, people and things have crept into our sphere of consciousness, perhaps to reside there forever, as a result of the attack against America thirteen years ago: Jihad, Koran, Al Quaida, Islam, Islamabad, Kabul, Taliban.

But beyond news reports, President Obama addressing the nation, and talking heads analyzing, parsing, and second guessing the actions of the players in the terrorism arena, what steps have we taken to really gain a good understanding of what is threatening our shores, our way of life, and most importantly, why this might have happened?

What will it take, what must each of us do today, tomorrow to prepare ourselves, our children and grandchildren to guard against, fight, and achieve a lasting victory against terrorism?