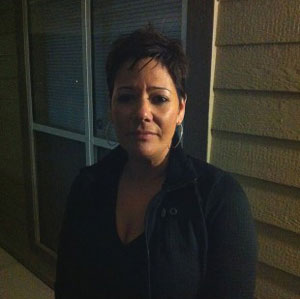 Leaders, heroes and double standards, whether it was Bill Clinton, Anthony Weiner and now Herman Cain, it is a scene that plays out much too often on the American political stage. The specter of tuning directly into the private life of Republican Presidential candidate Herman Cain’s unfolding expose’ of alleged extramarital escapade after escapade brings to mind the plethora of double standards.

It’s a kind of public-private schizophrenia. We are one person in private, another in public. We tolerate, and really, practice certain behavior while we eschew and condemn exactly the same behavior in others. Leaders heroes and double standards — what a conflagration.

That is especially true in how we employ double standards on other leaders and our elected officials. Privately, lots of people bear, or even participate in adulterous affairs. However, as soon as it is revealed that an elected official is guilty of perpetrating the exact same act, we become indignant, intolerant. Family and constancy suddenly become sacrosanct.

Often, the same is true with the revelation of indulgence in other vices by our leaders whether it is booze-guzzling, or bud-smoking, cocaine-tooting. A lot of us have the attitude of it is fine but not for them.

But isn’t something wrong with this image? Why do we persist in functioning on this particular double-standard hypocritical plane? Some matters are fine for me to do, but not my leader. It is reminiscent of a parent saying to a kid, Do not do as I do, do as I say.

We operate by and under so many double standards in our private and public.  But, analyzing a few, and if not getting rid of them at least set them in their own proper place, may go far in serving the public’s interest. And, one is the double standard of heroes.

Could it be realistic to anticipate leaders and heroes who are also human not to display a number of exactly the same facets of human nature, good and bad, like the remainder of humankind? Are we looking to heroes and our leaders to compensate for the imperfections within ourselves? Leaders, heroes and double standards abound.

Lechery, larceny, and the practice of excessive indulgence from food to booze, from male seduction have been with us since creation. Spiritual and political history is replete with instances of succumbing to such human weaknesses of the failings and fury. Yet, we often run to judgment as we unfairly ruin lives, crash careers, and rubbish effective and otherwise good leaders.

We would do well to remember: Integrity, good character and morality cannot be legislated. Perhaps we have to quit looking for perfect lives in heroes and our leaders. Human perfection will not exist. It never has and likely never will.

Would you remember how many stones were thrown?

Isn’t it time we shifted our focus? Direct our energy and resources on things we can affect?

For more than a year, we observed as the leader of the free world, President Bill Clinton, had his most private indiscretions revealed. With one Clinton episode after the other haven’t we,the public and the media learned anything?

The actual question to be debated and worked out: What falls within the realm of an elected or appointed officials privacy rights vs. the public’s right to know? Picture what would happen if the media focused on educating people on the issues rather than exposing the foibles of human nature and imperfect relationships?

There are outlets and many avenues to fill the insatiable desire for the base. We can always read a racy novel, watch a film, and follow any one of situation comedies or the daytime or nighttime soap operas.

I’m not sure about you, but I’m not prepared for another detailed unfolding of the private lives of public figures like former Congressman Anthony Weiner, or other fallen elected officials at the local, state, or national level, or any other current or future effective leader.

Effective leaders in many cases are rendered useless by the perpetuation of claims (actual or contrived) of moral failings or another side show perpetuated by the media to satisfy our hunger and evaluations for the salacious.

In regards to leaders and heroes, we need to focus on what they’ve done to make them powerful leaders and heroic in improving the predicament of one or more human beings, our market, our environment, the quality of instruction and other more significant dilemmas and challenges that we face.

If we aren’t careful, our penchant for peering into private lives searching for the sensational will consume us, when we should be placing our undivided focus toward other things.

While there is no honor in really being an adulterous politician that is dishonest, there also isn’t any honor in hypocrisy. Leaders heroes and double standards.