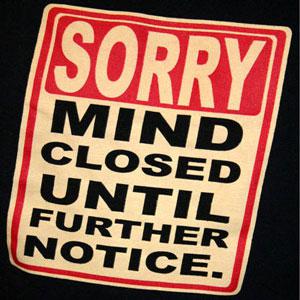 As the end of another year approaches, and we prepare to celebrate yet another Holiday Season when we are harkened back to old family traditions that include taking time to prepare old fashioned homemade meals, getting reacquainted and basking in the comfort of family and friends, it is unlikely that we will be able to totally escape the sense of unease, and disconnectedness we feel about the times we live in today in the United States and the world.

A real sense of unease and disconnectedness pervades our psyche about the global civilized world we thought was emerging in its fullest sense, as we embraced the dawn of the 21st century just over a decade ago, to one that seems today rifted with racial, cultural, religious, and economic chasms so wide that they appear to be permanent divides.

Where has the pre-eminent tenet, of always working to achieve the greatest good for the greatest number, and the notion that civility should rule the day, gone? What is the prevalent mindset at play, civility or closed-mindedness?

The forces, evil and otherwise, that brought us to this point in human civilization have been brewing for a long, long time. And unfortunately, many of us still may not have gotten the message.

During the last decade, we have been attacked on our own soil. We seem to be in the grip of an economic downturn with no immediate relief in site. We have been subjected to pillage and rape by corporate greed and phantom investment practices that have gone unchecked. We have managed to send representatives, of the people to Washington, who have been unable to get the people’s agenda done because of personal agendas of their own.

Where has fighting for the common good and practicing civility gone? Has it fallen victim to close-mindedness?

It is little wonder that we long for the way things used to be. We wish we could go on with our lives, working to fulfill our dreams and making the world better than we found it just as we always have in the sovereign American way.

But could it be, that amidst all the political impasse, economic uncertainty, and compromised sense of safety, there is greater opportunity to reconnect with some fundamental and inescapable tenets of a healthy society that we may have lost sight of?

It really boils down to some serious reflections. Each of us needs to rid ourselves of those thoughts and habits that may not foster positive societal outcomes like:

As we come to the close of another year, celebrate another holiday season, perhaps it should be more than tradition as usual. Tradition as usual may have allowed us to become complacent and accepting of the human degradation and atrocities right here on American soil and abroad.

We have either not paid very much attention or we have been totally oblivious to the many ugly forces — religious fanaticism, ethnic cleansing, racial discrimination, and economic exploitation — that reign in our immediate and distant world. Civility or closed-mindedness.

Religious intolerance and racial hatred are not new. Unfortunately, they occupy too many pages in the history of too many countries. They are the ties of human nature that bind us — the ugly equalizer.

How much longer can we afford to refuse to see, acknowledge, and try to understand the different among us, rather than shun, alienate, or exploit them?

The misuse of money, power, and ingenuity has often made it easy for us to ignore an age old premise: It is the kinship, and mutual respect afforded to and by each of us around the table of humanity which will ultimately save us, or the lack thereof will bring our own demise. Perhaps we have omitted these realizations in our conversations.

When we look around us, in our homes, in our religious, educational, and political institutions, discussing the need to return to civility should be as much apart of any dialogue or discussion as the subject at hand.

If not, how can we expect things to get better?