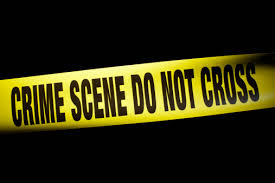 Local news hurt race relations by focusing on and reporting only the latest crimes taken from police blotters. A community of people deserves more coverage than a segment involving the police beat. What about all the other good things, which is the norm, that go on but rarely make the news?

Wouldn’t it be grand if the morning and evening news shows had a daily and regular segment in their programming on race relations right along with the segments on sports or the weather? Shouldn’t matters of race be just as important?

Until we are willing to take inventory on an individual, group and societal level, of all those factors – factual and fictional – that shape our attitudes and actions as we interact with others who are different from ourselves, race will continue to be used as a divisive and destructive force.

How does America have an honest and sustained conversation about how race plays in our everyday lives?

Until real issues of race relations (educational, housing, employment judicial disparities) become a part of the local and national dialogue as sports, the weather or other things we talk about on a daily basis, we will forever be content to just show outrage as ugly incidents continue to occur.

How can such a conversation occur in family rooms, around the dinner table, in cafes and clubs if we are to move beyond the labeling and stop falling into the same old perennial cycle of accusation and denial? Only relying on local news hurt race relations. Incidents that would otherwise be considered as everyday encounters and common conflicts take on a life of their own, fueled by the stereotypes and labels that we hang on to and allow to order our world view. Do we care whether they are accurate or inaccurate? Are we afraid to examine their veracity, for fear it might lead us out of our comfort zone, shatter the monochromatic world to which we predictably retreat?

Do we really believe we have more to gain by remaining cloistered and close-minded than seeking the truth about others unlike ourselves? What about the enlightenment and richness that await us if we break through the blinders of racial bigotry on all sides?

How many more killings and ugly incidents will it take for us to finally get to the heart of the matter: stop jumping the gun, stop over- or under- reacting, stop retreating or raging, stop denying or over-compensating, stop being reticent or overly eager – just stop the extremes when it comes to race? Until our extreme reactions cease, normalcy, in all its meaning, will continue to elude us as a society.

Wouldn’t it be grand if communities all across America held town hall meetings and forums on racial issues just as they do on educational issues, taxes and other public policies?  Left on its own, local news hurt race relations with an emphasis on the negative.

Real improvement in race relations begins and grows with how we think, act, and react in our daily encounters.

Until racial diversity is as normal and as American as apple pie, we have a long way to go, and we need to be about it with every opportunity in aspects of our daily lives.

But how do we get there? Who owns the conversations and actions to bring about meaningful change? We all do.