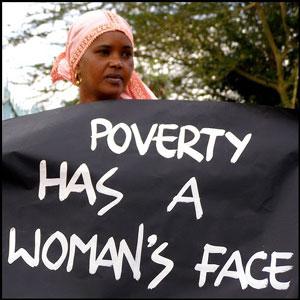 Amid the clamor on the Presidential campaign trail to repeal the HealthCare Bill passed by President Barack Obama, one has to asl what is going to be put in its place. Access to sufficient health insurance coverage is out of reach for many Americans, over 47 million. That amount likely increases daily with the consistent unemployment rate.

Before we entered the present downturn, pockets of poverty appeared to be an insidious part of the economic landscape. The faces of poverty seemed not to have changed over that same period of time. And too frequently, a lack of adequate healthcare coverage is among the constant companions of poverty. Poverty and no health care go hand and hand.

Needless to say, poverty and a lack of adequate health care coverage leads to poor health because families cannot afford to practice prevention by taking care of minor issues before they turn into major ones.

And who make up the country’s uninsured and poor? Hispanics’ children, blacks, and low-income whites are among the weakest groups in the nation.

And no, not all these people are on welfare. Many work two jobs to make ends meet. The problem is that many jobs do not offer health insurance. So the hard worker not only works hard but cannot afford a day off if he or she becomes ill. So often, minor and acute health problems become disorders that are continual and devastating. Picture the results short-term and long on our kids. Among the many challenges poorer children face regular, imagine them performing at their best in school when they aren’t feeling well and their parents can’t afford the medications or a physicians visit to knock out a typical childhood sickness or infection. Poverty and no health care seem to go hand in hand.

America is among the richest countries on earth, while we’re in a serious economic depression. It begs the question why do so many Americans lack adequate health care coverage? And why do we as a society continue to neglect at finding solutions to stem the tide? President Obama is attempting with his HealthCare bill’s passage. But partisan resistance as opposed to attempting to enhance it or make any necessary changes, would make it a political punching bag.

What then should be put in place? Rather than reducing the quantity of uninsured, and those which have insufficient healthcare coverage, Obama Attention (as it is characterized) if repealed will definitely result in more people being left outside the healthcare system.

Yes, there are government systems, and some initiatives that are private, to help those in need. But none seems to solve the revolving door of health care coverage that is lousy for numerous Americans.

The problem and the remedy is quite a complex one, and so.

But making a combined effort to diminish the number of uninsured and underinsured should be part of the legislative plan at all levels of government. And while your vote is being sought by candidates in the forthcoming Presidential elections, we need to ask them if not Obama Care, then what?

Listen carefully to their responses. What is their plan for making healthcare coverage available for forty-seven million Americans?

What is their solution?