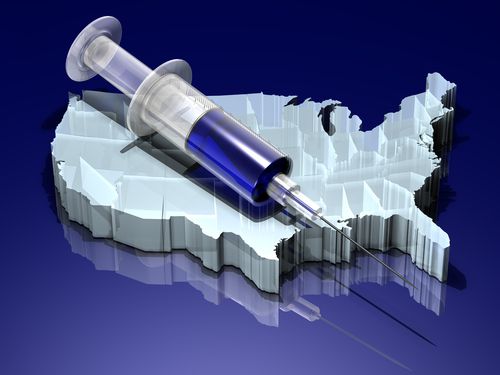 Losing the war on drugs seems to be the case when we look the public figures we have lost, who were we giants in their respective fields, most recently Whitney Houston, Amy Winehouse, Michael Jackson, Keith Ledger, to name a few. And, what about the many average citizens, teens and adults alike? Are we losing the war on drugs and the devastation addiction reeks.

The bait of drugs comes as a thief in the night, robbing us of our greatest and often our most assuring. We are reminded as we mourn the departure of Whitney Houston.

While the toxicology report has not yet been finalized, in the accounts of what transpired during the days prior to her departure, and her long term battle with drug use,  it appears that alcohol and drugs had something to do with her death.

Drugs can be when compared with the most forceful crack, effective at destroying everything in its path: individual lives, families, houses, bank accounts, and too frequently innocent bystanders. The enticement to use does not have any respect of geography, race, age or profession. Through pushers and drug users, the indulgence is pervasive, becoming a social outbreak and private hell for too several of the exposed and unsuspecting.

Yes, we have known illegal drugs’ presence and power, whether heroin, cocaine, crack cocaine, methamphetamine, ecstasy, and other less pervasive substances. But, an even greater danger is being posed maybe by legal prescription drugs. A greater risk because their risk hides behind the trust and confidence of a doctor or pharmacist who’s willing to compromise the Hippocratic Oath for glory and greed. What we must question is this? A fight against legal and illegal drug dealers.

With the departure of Whitney Houston, we’re learning that boutique physicians and pharmacists are plentiful to the rich and famous to provide their drug of choice to them when they understand they could be fatal. The untimely deaths of Keith Ledger and Amy Winehouse are other cases.

Perhaps, Houstons death will be yet another wakeup call. But at what stage will we realize a combination of alcohol and prescription drugs may be posing an even greater threat to ordinary individuals, members of our families, our children, our neighbors, or their kids?

Losing someone is just symptomatic of bigger social woes. Does it really matter whether it’s Xanax, cocaine, heroin, or OxyContin? Drugs shatter dreams, destroy beliefs, and make the strong weak. We watch our heroes, friends, and family members likewise succumb to them.

The toll drugs are taking on every aspect of our society are eating away at the fabric of our society. And the long-term impact will be cataclysmic and far reaching if we don’t find the means to minimize and tear the stranglehold away.

There are a number of efforts at a national and local level to cease the proliferation and use of drugs. But we need to ask ourselves is anything working? There must be joint attempts by schools, parents, churches, and other bureaus.

Our greatest effort must be directed toward our kids.  While we cannot give up on the adults who’ve fallen victim, our kids are the most unsuspecting, the most vulnerable those who can’t visualize the destruction the impact, should they elect to experiment with a drug that some uncaring, low-life pusher convinces them to attempt.

Time must be spent by us at every opportunity to show our children the effects of poor choices. It’s incumbent upon every caring adult to warn their children of the increasing dangers and the potential prices people pay when they allow themselves to succumb to the delights, the moment’s highs. It must be our priority to help our children distinguish between those of real well-being and lasting fulfillment and fleeting instants of bogus happiness and security that is false.

How do we do this? Invest some time to teach our children about the value of thinking, when faced with tough choices or using reasoning. Life is full of picks. We make them daily. But it only takes one incorrect selection to shape the rest of ones life.

Our children, black, white, brown, and yellow deserve our vigilance and intervention.

It’s going to require the village to stand up to drugs, No, not just we ourselves.