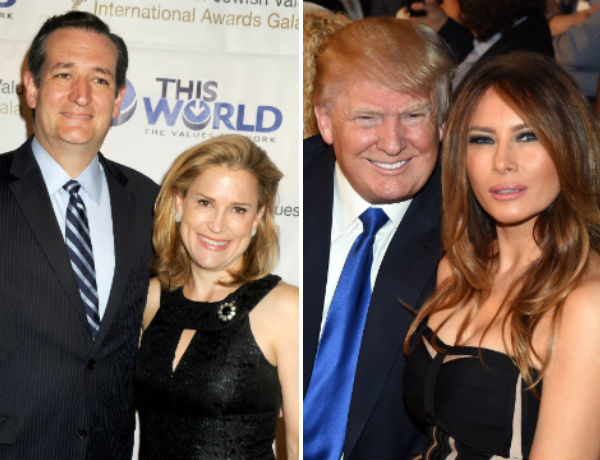 Reality TV invades political processes on a scale that is not only embarrassing but damaging to our image as a nation, as Americans, as people who value respect and common sense.

It is not enough just to talk about the statements and behavior of Donald Trump or Ted Cruz. More frightening is what does it say about the millions of Americans who support them? Realty TV invades political processes at every turn, during the debates, on social media, and in daily news reports. The absurdity of the 2016 Republican Presidential Primary election keeps growing.

The latest exchange between Donald Trump and Ted Cruz about unflattering pictures and comments about each other’s wives has brought the race for the highest office in the land, if not the world, to an all-time low. Here are two men, who are vying to be president of the leader nation of the free world, acting like grade school brats and bullies who have resorted to name calling and threats of who can hurl the most muck.

Are we, intelligent, thoughtful and serious citizens who care about the future of this country and the world, now supposed to referee whose wife has the most questionable and disgraceful image or past? Which of their husbands can kick the other one’s butt if the other one doesn’t shut up? Really? Are we the least bit concerned as to why Donald Trump and Ted Cruz think that reducing the race for President of the United States to a mud-slinging fest about each other’s wives is okay to do, that it will not cost them our support?

Wasn’t it Donald Trump who said he could stand in Time Square in New York and shoot someone with a gun, and not lose one iota of support? Well, I suppose therein lies part of the answer.

On a day when the world, including the intelligence and law enforcement communities here at home, are trying to sort out what happened with the horrific terrorist attack in Brussels, Donald Trump and Ted Cruz have move beyond their irrational and impractical responses about how they would stop terrorist attacks to the next ridiculous act: hurling threats about what one is going to do to the other if attacks continue about their wives.

It really is not about Donald Trump or Ted Cruz and what they say and do. It is about all of us who continue to be entertained by it and put up with it. Reality TV invades political processes where it doesn’t belong.

The state of this nation and this world is not make believe. It is not funny and shouldn’t be taken lightly. Reality TV invades political processes to our peril.