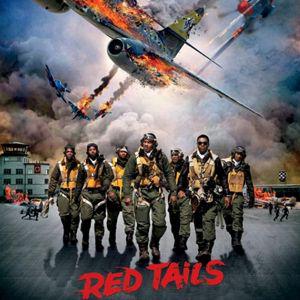 Red Tails and House of Lies provide a good education on race and race relations. The movies are not lessons merely for black Americans, but all Americans.  Red Tails, which premiered this weekend, is about an all black Air Force unit that flew successful air strikes in World War II. It depicts the journey of black men who were well trained and proud to voluntarily risk their lives to fight for their country, though they were not perceived or treated as equals by the state and countrymen.

George Lucas, the director best known for Indiana Jones and Star Wars, and another noted filmmaker, Steven Spielberg collaborated, to produce and finance the picture. Even Lucas found it very hard to get support from major studios because those studios expressed concern that a chiefly black cast about a black subject about heroism and bravery wouldn’t have wide-ranging crowd appeal either here at home or abroad.

Lucas was not deterred. He was determined to complete the film, which is a good portrayal of triumph and a sobering reminder that there is so much more to be done to eradicate all of the ugliness and racism depicted.

Red Tails isn’t just a film for black Americans, and its premiere is not only because we are approaching Black History month. Hopefully, the film’s content will be an excellent lesson. Another great opportunity to understand racism, race, and the commonalities we share, the good, and not-so-good will be with the new Showtime series, House of Lies, which stars Don Cheadle black actor,. Don plays a management consultant that is callous as he confronts racism in the business community. The series is on Sundays on Showtime, it’s billed and commended for taking about the elephant in the room. It promises to address racial scenarios, and racism unlike any other. It is not about being colorblind or race-neutral.

Whether it is House of Lies, Red Tails, or a TV sitcom, good book, theatrical play, music, food, sporting event, or some other regular experience, there are so many chances to learn more about each other. We each can choose go to a restaurant, a film, a live performance, or worship service to learn first-hand, close up and personal.  Or, we can remain in the comfort of our own dwellings, with colleagues or friends. But there are several, many ways we can become acquainted or re-examine old perceptions and misperceptions.

Those are the real enduring lessons about race and race relations. As we work to rid our society of the unneeded and unwarranted negative impact and by-product of continuous racist attitudes and practices, we should embrace those attempts of enlightenment.