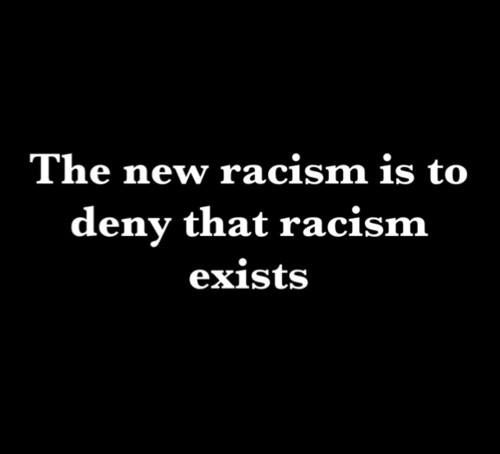 Playing to racism is seems to be a great part of the 2012 Presidential campaign. Whether it is Newt Gingrich calling President Obama the Food Stamp President or portraying poor black kids as having only dope dealers for role models.

Countless examples of playing to racism abound, whether it is Ron Paul’s racially incendiary newsletters of ten years precisely defined his standings on race or not; or whether Rick Santorums opinions about blacks on welfare is paramount to them taking other citizens cash; or whether Rick Perry’s N-word use at the hunting shack on his property. Playing to racism is destructive practice.

Whether these episodes depict the opinion of the 21st Century Republican Party, what a missed, egregiously missed, opportunity to change the image, advance the conversation, broaden the party’s tent.

For at least a decade, offices were held by blacks in the United States Congress and county commissions. There were fourteen representatives and two senators alone. Blacks held more state offices in the Deep South than any place else. Blacks formed the bulk in the House of Representatives for the state throughout that period, a state that gained recent notoriety for having fought vehemently to continue to fly the confederate flag.

Since Reconstruction, blacks have not had two US senators to serve in either party. And blacks surely do not form a majority. The reasons are issues whose treatment could fill much more space than is available here. But, the discussion is certainly worth having by civic-minded blacks and whites thinking about making a two-party system work better for all groups irrespective of the outcomes of the November elections.

Does the Republican Party of the 21st Century not need blacks as members? Our two-party system of government will work at its best only when the participants represent the individuals not only with regard to political doctrine but also in ethnic, racial, and spiritual diversity.

Could it be the recent alienation of black voters by the Republican Party candidates for President signifies a definitive change in operative stereotypical views? That they bought the propaganda that all blacks are liberals and have regressed? That all blacks favor handouts over economic self-sufficiency and occupations and believe in big government?

Or, is this abrupt disinterest in the African American voter just a temporary suspension in judgment and an approach to optimize the potential for keeping a delicate balance of power in the state houses and Washington? Playing to racism is destructive practice. Photo Credit: the GOP.com

It’ll be a pity if leaders understand their strategy was just a cruel hoax in the months after the November 2012 elections.

Irrespective of whether for President, members or local offices, minority groups, especially African-Americans are in a great position to make the two-party political process work to address their interests and to be participated in it. It’s also a great opportunity for the Republican Party and blacks alike to dispel some harmful perceptions and labels.

One perspective that is prevalent is that a lot of blacks are more liberal than conservative and consequently go, or should belong, to the Democratic Party instead of the Republican Party. Alongside that perspective are other philosophical premises that often come into play. On the individual level, a prevalent belief is that most blacks believe in welfare and affirmative action programs rather than a great occupation and minimal taxes. Playing to racism is destructive practice with detrimental effects.

On the organizational level, there’s the belief that the Democratic Party is supporting, and more inclusive, empathetic of the needs and interests of blacks compared to the Republican Party. While that may be the premise warrants even, close and frequent examination. What better time to examine those assumptions than during the 2012 Presidential Election?

Regrettably, the Republican candidates have resorted to a strategy of racial polarization in place of racial inclusiveness.

Believe it or not, there are blacks who’d love to embrace and be part of a Republican Party that didn’t operate on racial stereotypes and divisiveness, the great individual rights and ruling principles this splendid nation was founded upon.

So where’s the disconnect? Is racism blind?