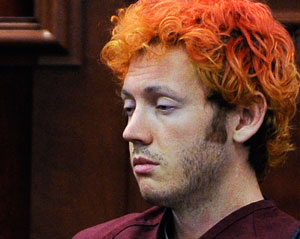 The shooting in Aurora, Colorado is yet another example of random and wanton violence invading communities all across America.

The terrible shooting claimed the lives of twelve people and wounded fifty eight others, yet another menacing case of terrorist acts and violence are seemingly becoming part of life in America in historical proportions. The shooting in Aurora, Colorado, which occurred in a busy theater early Saturday morning, was unprecedented in the history of this country.

Such actions of violence seem to come all too frequently these days. Less than two years ago, a crazed gunman killed and wounded innocent people in Tucson, Arizona. His objective remains uncertain as he’s confined to a mental health facility.

In 1996, the bombing of the federal building in Oklahoma where more than 160 unsuspecting men, women, and kids lost their lives because some crazed former US Marine believed it fitting justice to take an arbitrary number of innocent lives as retaliation for government siege that cost the lives of those at Waco, Texas. In some notion that was warped and sick, Timothy McVeigh and his cohorts believed they were upholding some revolutionary American principle in the American way.

These extraordinary actions, like blaring sirens and bugle calls, made us pause, take notice maybe for a charm. However, what about the litany of other warning signs that happened since then?

As we reflect on these catastrophic events, could it perhaps be a turning point for us to seriously consider doing something about the effects glorification and our tolerance of violence has wrought?

There seems to be a continuous unfolding of violence, occurring in disparate places with no respect of age, race, or ethnic origin. There have been shootings or attempted shootings in schools — from grade schools to colleges, in neighborhoods, in shopping centers, and other places throughout the past decade and that continue to this day.

Oh how we forget. Regrettably, the shooting in the Aurora theatre has us once again concerned. But, for how long?

Just what will it take for us to heed the signals? To seriously address those sociological problems that have made kids and young adults alike comfortable in selecting to commit violent acts as casually as they’d choose to participate in a sport.

These occasions, more and more, call into question whether Americans — crazed or not — are resorting to violence to express or solve their grievances, blaming or bypassing the rules of due process.

How much more will it take for us to take action about it? Something meaningful, something real, and something that will stem the tide of violence that’s in danger of redefining our way of life in America.

Will we be content to look every time we venture beyond our doors?