What do you think will really happen after the Black Lives Matter marches and protests have ended? Do you think real and lasting change will occur? It all seems hopeful now. That we have arrived at a real turning point. But have we?

The killings of unarmed black men in America have seemingly reached a boiling point with millions of people expressing outrage all across the nation and the globe. The recent killing of George Floyd seems to have been the tipping point to bring national and worldwide attention to a problem and practice that have gone on not just for decades, but for centuries. Oppressing and killing black men. 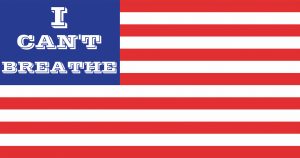 The public only sees a few high profile police killings of unarmed black men that happen to be recorded by a bystander or some other unknown observer. But, scores of unarmed black men die every year by the force of racist over zealot policemen. So, after the Black Lives Matter marches and protests, then what? Will police practices change?

America and other countries in the world have a lot of work to do to right the wrongs, inequities, and injustices that have been perpetrated upon people of color. The inequitable practices are systemic, and the adherences are deep seated. They are embedded in EVERY aspect of American life, educational opportunity, meaningful employment, decent housing, and access to quality healthcare. The same is true for people of color in countries throughout the world.

These inequities and pernicious oppressive practices have taken place consistently for over 400 years and across countless generations in America. Yes, there has been some progress, real and symbolic. But not nearly enough, which every economic, educational and health status measure confirms. After the Black Lives Matter marches and protests, what will be done to correct these egregious disparities in all these areas?

To make bad matters worse, blacks are blamed for these disparities as if whites have no responsibility for perpetuating these conditions at all. So, after the Black Lives Matter marches and protests are over, what will be done to fix and/or eliminate these racist driven practices and conditions? 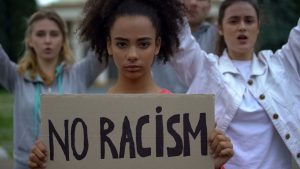 Will there be changes in policies and laws at the national and local levels? Will there be actions to stop oppressive traditions, false teachings? Will there be support for younger generations who really want to end racism and its ugly scourge? Our children and grandchildren who really embrace and respect all people as equal, who will pave the way for them?

It remains to be seen.