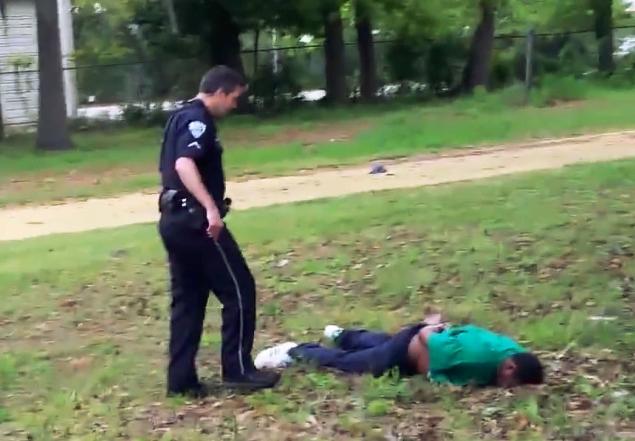 Police shootings of black men are becoming a more common occurrence rather than a rare event despite the unrest that result, and the call for equal justice under the law for all. When will it stop?

Must there be more protests, more rioting, more destruction of property, more violence on the part of blacks who feel targeted, and do not see any improvement in their conditions or communities? And, will the response of law enforcement and police continue to be one of racial profiling, indifference, and the use of excessive force?

We just do not witness the same type of interaction, the same type of force, the frequency of killings when it comes to the police treatment of whites. And yet, there is the perennial denial that the police in fact are not guilty of racial profiling or excessive force as police shootings of black men. The denial and even cover ups seem to happen all too frequently.

Training about racial profiling should be required of police and law enforcement agencies across the country. There should be a zero-tolerance policy enforced. It would go a long way to decrease the trend of false arrests and senseless deaths. Such training could reduce or stop the inequality that is practiced daily when it comes to traffic stops, marijuana possession, or the arrest of a black teen or black man for simply walking or driving down a street if it appears that he does not belong.

Too many incarcerations for misdemeanors or mistaken identity, even death have occurred. Statistics show black drivers are stopped more frequently and at a higher rate than whites. Police shootings of black men, many of them teens and unarmed, are occurring in too many communities, resulting in continual mistrust of law enforcement.

Unfortunately, the victims and victimizers seem to be at an impasse, which has plagued this nations since slavery. Rightly or wrongly, many police and law enforcement officers allow their pre-conceived notions and prejudicial feelings and beliefs to govern how they react to and treat innocent black suspects and perpetrators alike.

On the other hand, many blacks whether law-abiding citizens or potential criminals have a long-standing historical distrust of police and simply do not believe that they will be treated fairly in any circumstance.

When will the racial profiling, false arrests, and excessive force stop? Police shootings of black men, when will it stop?