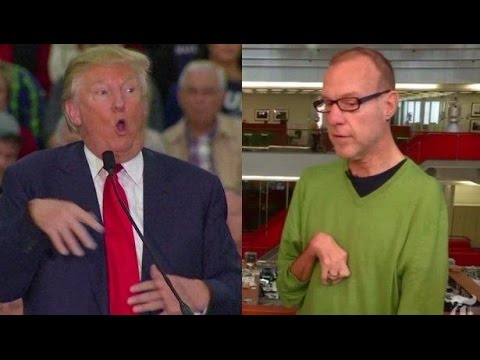 Does Trump represent the best among presidential candidates in both the Republican Party and Democratic Party? So far, Donald Trump is long on sound bites and theatrics and short on civility and substance. His recent mocking of a disabled reporter who works for The New York Times newspaper is just the latest among many instances of outrageous behavior.

He also seems to have trouble speaking the truth.

What real leadership skills does he truly portray? Being president of the United States is not the same as being the star in his television show, The Apprentice. So far in this race, his behavior is demanding that the majority of American voters say, “You are fired.”

How on earth can any rational, well-informed American voter take Trump seriously, using his own pronouncements, when it comes to the serious issues facing this country? Where are his realistic policies and plans to solve our long-standing immigration problem, to make America safer amid growing terrorism, to improve our education system so that our children will be better able to compete on the world stage in a global economy?

The only consistent thing Trump has advanced is how terrible things are and what a terrible job others are doing, and that we should support him because he will be so great. Great at what? 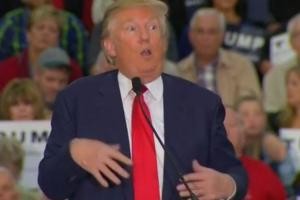 Great at leveling personal insults at every opportunity at individuals and groups of people, alike. Great at proclaiming how all the people gathered at his political meetings and rallies love him. Great at charging that everyone from the president on down is doing a terrible job at whatever job they hold.

Donald Trump is role model? Does his speech and behavior represent what most Americans are all about?

According to Trump no one or anything is working well in America. Most proud Americans would consider most of his rhetoric and verbose speech very un-American.

America is far from perfect, but it is even farther from the negative, weak, and downtrodden picture that Donald Trump paints with his uncensored performances on and off the political trail.

Donald Trump is role model for what and for whom? If you are ascribing to be someone who is great at grabbing the headlines no matter what you say, then Trump is your guy.