Confederate statues and memorabilia belong in museums and designated parks to remind all Americans of a period in this nation’s history that was detrimental, inhumane, ugly, and which should never be repeated. It is enough to have lingering vestiges of racial conflict, inequality and oppression prevalent today and still holding us back. There is no need to have statues to be in public places as stark reminders.

However, toppling, tearing down, and destroying statues and monuments, of those who were so pro slavery and led the charge to secede from the Union,  will not undo history.  The resulting Civil War threatened the very existence of this country. What is the purpose of waving the confederate flag instead of or alongside the American flag? That flag along with confederate statues and memorabilia belong in museums and designated parks.

Removing those statues and monuments will not undo history. Such actions will not undo the horrible deeds of those men, nor the lasting destructive attitudes, laws, and practices that resulted from them.

But neither is displaying them, honoring them in public squares and other public spaces of southern cities, towns and state capitals. They only serve to make a statement that this part of American history is laudable and something to be proud of. Sadly, many American who regale in those times and symbol will likely continue to do so in their hearts and minds. Confederate statues and memorabilia belong in museums and designated parks. 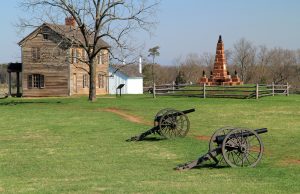 Much of American history is preserved in national and local museums where it is accessible to anyone who would like to revisit our past, visit it for the first time, or learn anew the real facts. It is long past time that America’s confederate history takes it rightful place within the walls of a national museum or several museums. Those reminders need not be destroyed. Future generations need to know the complete story of America’s history—the good, the bad, along with a promising future.

It is healthy to acknowledge that any period of human enslavement, oppression, servitude, and persecution in a country’s history is, indeed, a shameful and inglorious one. It begs the question why would any decent, compassionate, ethical, if not God-fearing, person want to honor and revel in such a time with visible reminders. Confederate statues and memorabilia belong in museums and designated parks along with other relics of America’s past.

The goal should not be to destroy history, but to learn from it. The outrage that we are witnessing in city streets and historical sites across America is a cry for us to learn from out past, and to begin to take meaningful and lasting actions to change it.

One united America—make the future America a special and better place for everyone.