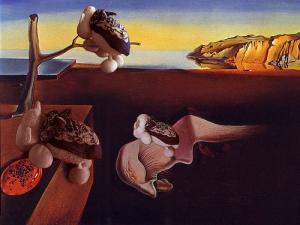 Confronting race in America, it is way past time. The election of President Barack Obama definitely was a giant step forward in Americas long battle with issues of race. Nevertheless, the unprecedented reactions among some policymakers and protesting citizens alike, certainly reveal the problem of race is alive and well.

When race is openly discussed or not, it nevertheless continues uncomfortably to be the elephant in the room. While President Obama continues to deny and steer clear of making race an issue, on talk shows, in coffee shops, pubs and barbershops, and around dinner tables across America, it continues be a subject of dynamic even heated dialogue.

Such dialogues beg for unparalleled candor, not simply ranting and raving.

As we come face to face issue of race, it’s going to serve us well to really examine the annals of race and racism in the United States. We must if we ever hope to attain a society where race is a non-issue, where skin color is a non-issue

While issues of race go beyond blacks and whites, racial tensions between both of these groups happen to be the most visible and visceral, and the most public and polarizing.

Lets look a bit closer at the layers that forms the very heart of our beliefs about race and racial differences between blacks and whites the family unit. This requires an open mind and a few distressing admissions on everyones part about American families both black and white.

Black and white families in the United States have traveled distinct and broadly divergent paths. One of privilege. The other of paucity. One is carried forward by a history where the existence of both parents continues to be valued and promulgated. Another is burdened and held back by a history of captivity where the family unit was raped and ruined; dividing mother from father; father from child. One has experienced freedom of movement within society, with automatic recognition. The other has faced continuous rejection, both obvious and subtle.

One has loved a particular degree of financial prosperity. The other has too frequently found itself trapped in a continuous cycle of poverty. One has profited from great schools and educational chances; the other subjected to persistently substandard learning surroundings. One lives in a neighborhood free of blight and crime; the other always harassed by them.

These realities shape our fears, resentments, prejudices and keep us wondering why that’s so.

While those black and white Americans who hold these beliefs give an excellent basis on which to build and make progress to enhance race relations, we still have a very, very long way to go.

We should recognize the part race still plays in American life and take part in constructive, liberating dialogue to minimize, mitigate and finally nullify its harmful effect. We have to peel away the layers much like an onion letting the tears flow, if need be, to reach the core of things.

Confronting race in America, it is past time.