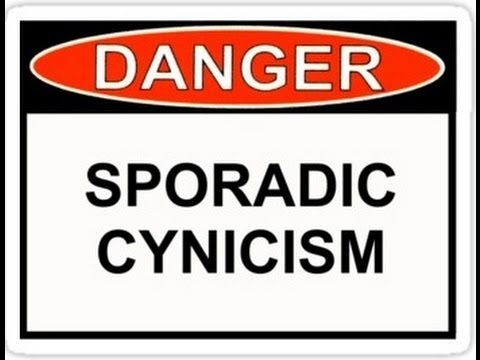 The political undertow of cynicism pervades our democracy and it transcends race, ethnicity, gender and socio-economic status. A warning to beware of the danger of the political undertow of cynicism cannot be overstated. Even with the unprecedented turn out of new and young voters during the past presidential election, which resulted in Barack Obama becoming the very first African American president, there is still pervasive cynicism among young people, and the no-so young, about our government and the political process.

From where does such pervasive cynicism come?

Is there too much reliance to the commonly unsubstantiated positions and edicts of political pundits and talking heads, particularly those that feed into the sensational day-to-day evaluations to boost rating and ensure their own survival amid the busy cacophonous airways?

When we consider the pervasiveness of wrong, unethical and illegal conduct among our elected and appointed officials as well as the negative undercurrent it breeds, we have to search our individual and collective souls to uncover the reasons why this issue continues. Is it true that the blame lie exclusively with all the perpetrators? Or must the blame be shared by us, the people, for our tolerance and lack of demonstrative measures that would convey our indignation? There are a lot of questions to grapple with when we see our elected officials engulfed, and sometimes dethroned, by scandal. How much of it is contrived by political opponents or opposing factions? How much is because of character flaw or an absence of a moral center and ethical principles?

However, this political undertow of cynicism is not only among young individuals. Evidence abounds that it transcends age, sex, race, ethnicity and economic class and is surpassed by the swell of motives flowing from government and its leaders at all levels. From the White House to the State House. From the county seat to the city council. From an appointed board to an elected board.

One can barely pick up the paper or turn to the evening news without learning of the most recent transgression, shown or alleged, perpetrated by some person who is assumed to be a guardian of the community’s best interest as well as a custodian of the public trust.

As President Obama and Congress grapple with a number of very significant problems confronting us today, healthcare reform, the war in Afghanistan, an ailing market with high unemployment, we can not seem to escape the brand new episodes of wrong doing by experienced senators or representatives. The storyline is so common as we learn about another action of monetary greed or sexual indiscretion.

It doesn’t cease there. We don’t possess the luxury of playing the delusional game of, “Oh, that is them, not us. Nor can we assert that corruption and misuse of power are common just at the higher levels of government. We need only to consider the indictments and fall of leaders in our state governments, our city councils, even school boards.

Moreover, how can the people sort it all? Where does truth lie? How are we able to understand truth when we see or hear it? As we are being zapped by the most recent revelation, we’re expected to keep a clear head, picking out truth as we watch pundits weave and intertwine fact and fiction so freely– presenting it all as potential truth.

It’s little wonder that public trust and confidence in our government and its leaders have reached an all time low practically at every level. How could anyone possibly expect our citizens to remain engaged, preventing being drowned by cynicism? But, just as great swimmer, we as concerned citizens, must stay in tune, remain watchful. An experienced and learned swimmer knows the undertow could be fatal; and it is best to keep mindful during the swim, staying close to the sea’s shore.

And like a great pupil of history, we have to learn from and prevent the errors of yesteryear. A student of history understands that lots of great cultures were destroyed from within; and, so one must look amid the ruins and identify the negative internal forces that caused the failure. Disenchantment is usually the main offender.

But we cannot be great pupils with our eyes just pasted to television or the Internet, when nearly anyone can post a notion, incomplete info and place it as the ultimate and final truth. We must dig deeper on our own to get to the actual sources. Television, radio, as well as the Internet together with all its own communicating tentacles (YouTube, Twitter, Facebook, etc.) should be only the start of our pursuit for knowledge and truth around any policy issues that concerns us.

If we tend not to examine the info we consume as well as the effect it has on our daily lives, then it is quite easy to become a skeptical bystander.

The political undertow of cynicism claims another every time some one tunes out our democratic process.