Healthcare Insurance For Millions of Americans At Risk

Why is the effort to provide access to health care services for millions of Americans continue to be caught in the crosshairs of partisan politics? It begins with how it is commonly referred to: Obamacare rather than the Affordable Care Act. The former reference is more negative and incendiary, and the latter is more positive and comforting.

To repeal or not to repeal the healthcare policy seems to be an issue that is used when it is politically expedient, a recurring political football, which puts healthcare insurance for millions of Americans at risk. Many of these Americans would not have access to needed healthcare services, otherwise.

There are more than twenty-eight million (28,000,000+) Americans enrolled in healthcare plans as a result of the Affordable Care Act or Obamacare. This new effort to repeal Obamacare is not offering anything to replace it. So what is driving this latest effort? Is it simple because passage of the Affordable Care Act was a major accomplishment of President Barack Obama? 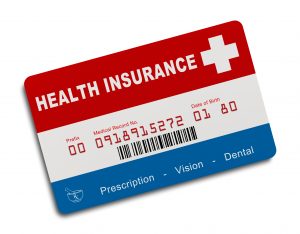 Is hating and trying to undo everything that President Obama achieved worth putting healthcare insurance for millions of Americans at risk? Many of those insured have pre-existing and chronic health conditions. Yet, the same legislators calling to get rid of Obamacare are not offering anything, any plan, to put in its place.

So how are the millions of Americans currently enrolled in Obamacare supposed to feel? What options will they have? What kind of hardship and anxiety must this political football be causing?

If more Americans are able to get health care through the Affordable Care Act, why not choose to seek fixes and improvements to make it better instead of trying to undo it? A policy so needed, and so broad cannot not be perfect out of the gate. There are always things to change and work out as more experience is gained.

Improve upon Obamacare rather than repeal it. Repealing it without having something better to replace it puts healthcare insurance for millions of American at risk.