The Impeachment Trial Is To Protect The Country

Whether a supporter or opponent of President Donald J. Trump, the impeachment trial is to protect the country. It is hoped that every American citizen believes that senators should conduct a fair trial in determining whether impeachable crimes have been committed against the country.

No matter whether a member of the Republican Party or Democratic Party, United States Senators’ first obligation in an impeachment trial is to protect the country. Senators take an oath to support and uphold the Constitution, to function in the best interests of the United States of America. Adhering to this obligation and oath has never been more important.

That seems to be the dilemma that some of the senators face as we watch the impeachment trial of President Donald J. Trump unfolds. When such a conflict occurs, the senator should obey the Constitution and do what is in the best interest of the country as a whole. 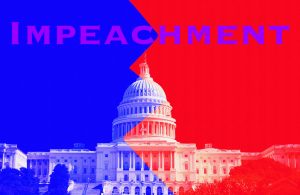 The Impeachment Trial Is To Protect The Country.
Photo Credit: JMP Traveler

There may be others who might disagree with this conclusion. They may feel that senators first and foremost are obligated to the people who voted for them or contributed to their campaigns. If the majority believes in a fundamental premise of our democratic form of government, then the senators should do everything in their power to find out the facts to make the right decision.

Contrary to what most people might think, an impeachment trial is to protect the country, not the president. The trial has come about because of the alleged wrong doings by the president against the well-being of the country.

In conducting the impeachment trial, not only does the validity of the United States Constitution and the well-being of the country hang in the balance, so do the patriotism, honesty and honor of each senator.

The current impeachment trial is to protect the country, not President Donald J. Trump, nor members of the Senate.