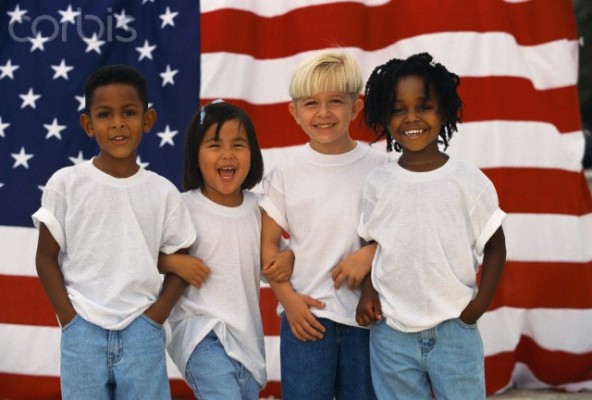 Improving race relations in communities across America must become a national priority. Some communities are committed to coming together to take actual measures to enhance race relations. Some continue to achieve progress in one of the most sensitive and tough areas facing contemporary society.

Some would like to believe that improving race relations is not a priority. That the  election of Barack Obama as the first African-American president of the USA instantly brought about a post-racial society. But it did not.

Issues of race, racism, discriminatory practices, racial stereotypes, racial inequities, racial injustice, and a plethora of other racial inequalities are alive and well, playing out in many aspects of our lives on a daily basis. All one has to do is to take a drive through or a stroll in sectors of urban and suburban areas in any major city in America.

If not a stroll or a drive, one cannot escape matters of race at play when you consider the workplace (the differences in unemployment), our schooling system (the achievement gap), even in our own houses as we see the evening news.

But, thankfully, you will find communities that are not content accepting or keeping the status quo.

There are two in different areas of the country which might be worth giving a great shout out! One is Tucson, Arizona, which will be holding its 26th annual convention this week, June 6-8. The Racial Reconciliation Community Outreach Network, and the subject of the convention is, “The Awakening”.

After  twenty-six years, conference coordinator, Martha Willis, says their goal this year is to “break down racial and prejudicial barriers between the races, to help eliminate racial tensions in our city.” An additional goal Willis says is, “to build self-esteem and to show how dysfunctional lifestyles are damaging and, by contrast, give a viable alternative.”

The other city is Detroit, Michigan. The organization, New Detroit, will be hosting its 14th annual “Closing the Gap” awards program, on Tuesday, June 19, which honors an individual, a community organization, and corporation whose actions have made positive changes in race relations in the region.

Although this will be New Detroit’s fourteenth annual celebration, the organization has been toiling to better race relations for the last 45 years. New Detroit is considered the region’s leading race relations coalition.

Shirley Stancato, New Detroit President and CEO, says this year’s awards will go to a veteran advocate for improving race relations, a champion of higher learning that brings professional writers into classrooms, and a minority-owned automotive supplier (the nation’s third largest) with a diverse workforce of 1,500.

Stancato describes the honorees as being a part of that progressive generation of leaders who are recommended for equality. All this year’s honorees have played a distinctive function toward that aim and have demonstrated through their individual accomplishments what true dedication to change can achieve.

Yay, New Detroit! Forty-five years, and counting, demonstrate a remarkable dedication to race relations, and comprehending the efforts of organizations, individuals, and corporations in the greater Detroit region that have made it a high priority.