Holiday Season A Time For Reflection 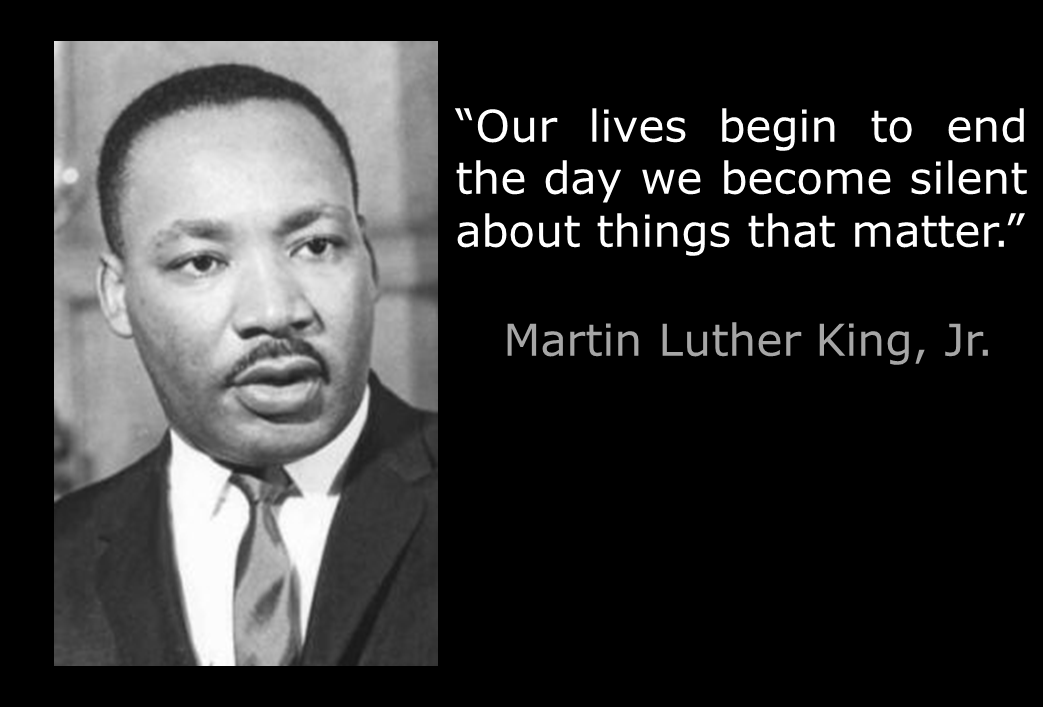 Martin Luther King, Jr.’s legacy is both laudable and livable. If Martin Luther King, Jr. were among us now, he would likely be flattered and appreciative of the celebration and commemoration of his life’s work. But, odds are, he would much prefer that people live his heritage, that people pick up where he left off to make the lives of the disenfranchised better, be they black, white, brownish, yellowish or reddish; rich or poor, city dweller or farmer, youthful or old.

Enhancing the predicament of mankind is what it is about, and there remains a great deal to do.

A lot of the problems and issues that King lived and died for are still in need of our focus and vigor. Look around you. There are a number of examples where there’s slippage in the improvement for better race relations, religious toleration, and social justice, equal educational and economic opportunities in not just the country, as well as the world, but in addition no doubt right in your community.

To our horror, the reminders get somewhat worse. Someone is beaten or killed because of how they look, due to their evident or obvious sexual orientation, their religious beliefs. Then there are the less apparent offenses on mankind that are with us every day through some sort or the other disenfranchisement produced of the difference between economic classes, the healthy and not healthy, the educated as well as the uneducated. Someone is refused a job, a house, a loan, a seat in a classroom.

Martin Luther King Jr legacy. Would Dr. King want us to address several problems honoring his heritage by creating heritages of our own?

Many folks recall the famous I Have a Dream address, which Dr. King presented during the march on Washington, D.C. in 1963. However, the fire that burned within King’s soul, that led him to dedicate his life toward eradicating societal evil and injustice, began long before almost 20 years earlier when he traveled to Dublin, Georgia as a senior in high school to present The Negro as well as the Constitution during an oratory competition. Maybe, it was only a flicker then, but as you follow his life through school as well as the seminary, you observe that flicker grows into a flame. King’s I have a Dream speech in 1963. Photo Credit: usaonrace.com

Probably the most critical question one could ask is,  “What part have I played in the change, stagnation, advancement or retrogression in improving the state of society? Too frequently, we convince ourselves that we, as an person cannot have an impact or change lives. Yet, imagine if everyone, if King, believed that. Where would society be? What is the state of our neighborhood, our country, the world? Individual effort can and do affect the nation along with the quality of life whether on a small or large scale.

Martin Luther King, Jr. had a vision. He followed it. He spent his life, and lost it, attempting to turn his vision into reality.

The more Dr. King saw and heard, the more he could not turn a blind eye or a deaf ear.

It was more than 60 years ago when Dr. King was in high school that Dr. King began his lifelong journey to eradicate human injustice. Yet, six decades later, after some improvement and much forfeiture by a lot of people, we find ourselves at crucial crossroads where we are can decide to go back, stand still, or move forward.

The election of President Barack Obama has not removed the need to ask crucial questions: what has changed significantly (for better or worse) over the last 10, 20, 30 or 50 years? Irrespective of what important changes have happened, or failed to happen, we must ask “Why?”

So following the party as well as the commemoration of his life, let’s put into practice, like him, much of what he preached. Let each of us carve out a cause or causes and work to get improved results.

This is the best homage we could pay to Martin Luther King, Jr. and others like him.