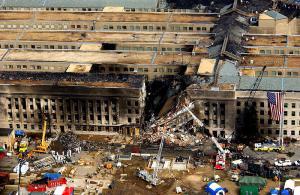 A protracted war on terror, terrorists and terrorism must include cultural and religious understanding. As a nation, are we prepared and willing to provide that level of education to ready our multiple tier of defense, which includes not only our home forces but every ordinary citizen.

The real question: Are we, like the generations of Americans before us, prepared for the “War of the 21st Century?” President Obama, Congress, our troops, and our nation require the united support of every citizen in this country. It must be a collective New Year resolve because the war on terrorism is unlike any war previously fought.

A protracted war on terrorism means it is a war that will last long into our future history, and it will require us to attack and defend multiple fronts. This war will require us to utilize multiple strategies to destroy an enemy with multiple disguises, an enemy that is scattered throughout many places.

Are the “baby-boomers,” or the “X” and “Y” generations psychologically prepared for the full ramifications of a far-reaching protracted war? Are we prepared to make sacrifices on a scale we never imagined we would have to make? Are we ready to send tens of thousands of our sons and daughters to war, year after year? Are we willing to relinquish the many aspects of individual freedom that we have zealously guarded, and vigorously debated? Are we prepared to accept more death and destruction on our soil? Are we ready to accept the kind of destruction that we today may be unable to fathom?

Throughout the first decade of the 21st century, we have experienced intermittent anger, angst, and concern. But, as a nation, will we hold together for the long haul?

These questions are not to be taken lightly.

I vividly remember the gut-wrenching experience at the bus station when my family sent a son and brother to the Vietnam War, and the many horrid days during the long two years that he served. I often recall those gripping feelings of uncertainty when the son of that Vietnam veteran, my nephew, deployed to fight in Dessert Storm. Twin Towers in March of 2009However, irrespective of our personal experiences with previous wars, the “baby-boomers,” and “X” and “Y” generations bring a different collective psyche to the challenge.

First, these generations will deploy into a war with the realization that a foreign force executed a surprise attack on September 11, 2001 (911) that wrought unprecedented devastation on the continental United States. An attack that pierced the precious veil of safety and security we had so long enjoyed; an impenetrable wall of protection that no longer exists. Those terrorist attacks, and the attempted attacks that have occurred since 911, including those most recent attempts shortly before the closing of this first decade of the 21st century have not helped.

Yes, the attack on Pearl Harbor on December 7, 1941 was surprising to Americans but not as devastating as 911 and its aftermath. Pearl Harbor also occurred almost two years after World War II had begun and most of Europe had become engaged. My father, a World War II Navy veteran, often recalled how our parents and grandparents had sensed that ultimately the odds would require the United States to send its soldiers into the war. Furthermore, the end of World War I was barely twenty years removed at that time.

The “baby boomers” is a generation whose sons and daughters were not exposed or subjected to the draft that had required their forefathers to serve in the armed forces. I remember the discussion in our household when my youngest brother decided to join the Marines. A 21-year veteran of the Marines, he now puts into perspective the likelihood of our grandsons and granddaughters facing the call to fight the war on terrorism. Our grandfathers and fathers who fought in both world wars and the Korean War, and our husbands and brothers, who fought in the Vietnam War, grew up with a sense of obligation to serve and protect their country. These men and women had a sense of patriotism and duty ingrained into them. Whether they wanted to or not, whether they agreed with the premises of war or not, whether they voluntarily joined the armed services or not, they were committed to defend America and all it stood for.

Despite years of terrorist attacks in other parts of the world, we as contemporary Americans lived with the unwavering belief that those menacing forces could not strike at us the way they did other countries.

After 911, and the other attempts of destruction on its own soil, America must now take the lead and shoulder the greatest responsibility for this war, with or without our allies standing beside us.

How do we, the “baby-boomer” generation, and the “X” and “Y” generations, achieve the best state of readiness in the months and years ahead to be victorious in what portends to be a protracted war? We must:

Generations before us did it, and we must do it for the generations to follow.