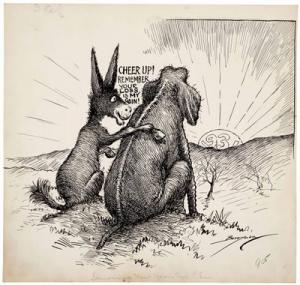 Designating February as Black History month is the nation’s attempt to correct its lack of acknowledgment and treatment of African-Americans in the normal annals of America’s history. While it is a good remedial effort, the month-long recognition is not enough within itself. Closing the racial divide will require major changes in the educational system.

The best solution will occur only when it is no longer necessary to set aside a month to note the significant achievements of a particular race or ethnic group. A time when the rewriting of new editions of the history books reflect a truly accurate historical account of advances in the arts, sciences, politics, business, and every other subject area where Americans, irrespective of their race, ethnic or religious origins, contributed with distinction.

However, until that time, it is incumbent on all of us to continue to do what is necessary to not only set the record straight, but also foster the kind of dialogue to further enlighten us, and more importantly, our children. Closing the racial divide is at the heart of our politics. Photo Credit: usaonrace.com

Although we have made great progress, we still have many areas where we must seek further enlightenment to improve our understanding of each other. Nevertheless, too often, rather than explore some of those areas – albeit many of them uncomfortable and disconcerting – we are far more comfortable allowing a label or stereotypical view to be the prism through which we see each other. Even worse, we tend to apply those views to an entire race of people.

Since the mid-term elections will occur this year and the Republicans and Democrats are already in a fierce battle to keep or gain legislative seats, I thought I might attempt to provide a little enlightenment around our two-party system of government, and how a lack of understanding of our true history could forever keep up in the dark. Closing the racial divide is very needed.

Take the prevalent view that most blacks are more liberal than conservative and therefore are, or should, belong to the Democratic Party rather than the Republican Party. Along with that view are other philosophical assumptions that come into play. On the individual level, there is a prevalent belief that most blacks believe in big government programs rather than economic self-sufficiency. On the organizational level, there is the belief that the Democratic Party is more inclusive, empathetic and supportive of the needs and interests of blacks than the Republican Party.

I am sure just those two notions could stir heated debate in many circles. However, past and recent history could provide interesting facts to engage the discussion. For example, did you know, that following the Civil War and during Reconstruction, blacks were very active in Republican Party politics and served in almost every level of government? Understanding historical facts like these would go a long way in closing the racial divide.

For more than a decade, blacks held offices from the United States Congress – there were two senators and fourteen representatives – to state legislatures, city councils and county commissions. Blacks held more offices in the Deep South than any place else. Throughout that period, these remarkable individuals held the majority in the House of Representatives for the state of South Carolina. A state that is remembered today for having vehemently fought to continue to fly the confederate flag atop its capitol, and having a representative of this state make history by calling President Barrack Obama a liar during an address to Congress for all the world to hear.

Many of these historical political advances for blacks were a direct result of the Abolitionist Movement. One of its strongest and most effective leaders was Frederick Douglass, a black man, who remained a staunch Republican all of his life. Douglass, described as an indefatigable journalist, and influential orator in great demand, held a number of positions in the national government.

Since that period, there have not been two black US senators simultaneously serving in either party, and blacks certainly do not form a majority in any state’s legislature. The reasons are subjects whose treatment could fill much more space than is available here. Nevertheless, the discussion is certainly worth having by civic-minded blacks and whites interested in making a two-party system work better for all groups.

More importantly, such a discussion could go a long way to dispel some myths that are at a minimum negatively compromising, if not downright regressive, in the century-old quest for blacks to exercise their political power and influence to advance their interest just like other ethnic groups.

Some good results could emerge. Among them, the realization that blacks, like whites, are both liberal and conservative; most blacks would prefer a meaningful wage-earning job than welfare; and we all share the same loathsome regard for paying excessive taxes.

However, perhaps the greatest realization of all would be for more blacks and whites to recognize the importance of participating in a significant way in both parties to affect those issues that are important to them on an ongoing basis.

If that were the case, neither party would take such a large voting constituency for granted or totally ignore it during election time. Moreover, irrespective of what party is in power, blacks, like Hispanics, Jews and other ethnic groups, could have a significant number of seats at the legislative tables.

Frederick Douglass and the Reconstruction era taught us that.

Edited and Reprinted with Permission of  USAonRace.com