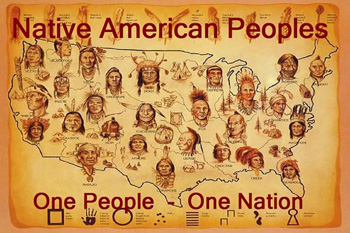 Haven’t we as a country done enough to Native Americans? We came to this country and pillaged children, girls and their villages. We herded them away to reserves and finally took the land. They continue to be subjected to inferior health care and sub-standard education.

As if this wanton and absolutely disenfranchisement wasn’t enough, we’ve continued to reduce their customs for our amusement by using Native American nicknames and mascots – from the genre of western movie (The Lone Ranger and beyond) to our national pastime of sports, baseball and football most notably. We pass this on to our kids.

Recently, the shout of “enough” has developed louder. A daylong symposium was recently held by the Smithsonian Museum of Native American History about whether the professional football team, the Washington Redskins, should consider changing their name and mascots. The mayor of Washington, D.C., sensitive to the issue has started to use the “Washington Football Team” instead of the Washington Redskins.

During that day-long symposium, many attendants became sensitized to what Native Americans must feel when they see sports enthusiasts performing moves and dances that they haven’t a hint of their holy meaning.

There were many converts during that symposium, many vowing never to wear war paint, don an Indian feathered headdress and mockingly perform an Indian dancing, “the Tomahawk Chop,” again. Such use of Native American nicknames and mascots reveal racial and ethnic insensitivity and ignorance of history.

A couple of months ago, the Michigan Department of Civil Rights filed a grievance with the U.S. Department of Education, requesting that all Michigan high schools be barred from using Indian nicknames and imagery as their school mascots. An editorial appearing in a Michigan newspaper, The Holland Sentinel, says it well: “… White Americans who blithely adopt for their own entertainment images from a minority group, especially one as persecuted through history as Native Americans, are likely to offend that group. The portrayals are almost inevitably one-dimensional caricatures, perpetuating old stereotypes. Too many people who would never dream of wearing blackface or a serape and sombrero abandon their good judgment when it comes to Native Americans, reducing an entire culture to war paint and feathered headdresses. If you wouldn’t flaunt these images on a reservation, then they’re not appropriate in a Michigan high school either.”

The controversy of the use of “Redskins” by the Washington, D. C. professional football team continues to be in the news and has come full circle. It appears using the “Redskins” will prevail – at least for now.

As a country, a day-long symposium or a filed charge, and other actions are beginnings to take corrective activities. But, they clearly are not enough. The insensitive, consistent and pervasive use of Native American Nicknames and Mascots in our endeared sports at every level only reinforces the demand for a public dialogue in communities across America.

Not to have these fair conversations would be to continue to perpetuate our approaches toward race and ethnicity in this state, which we can all admit are still in need of major, major, major adjustments.