Use Of Racial Stereotypes 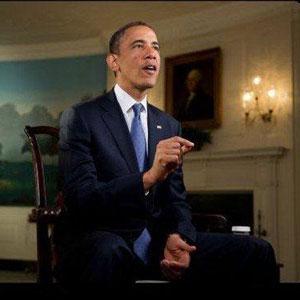 Obama and race relations, how has electing a black man as president impacted race relations in America? About this time four years ago, many folks didn’t consider Barack Obama would be the Democratic Party nominee for President of the United States over Hillary Clinton, his formidable competitor. But unbelief slowly gave way and was replaced with seminal hope and euphoria when he ultimately became President Barack Obama.

There were those who optimistically believed that America had really turned a page ultimately putting to rest many horrible bigoted beliefs, prejudicial practices, and decades of discrimination that had continued despite the laws and policies that have been passed. But there were also those equally determined to hang on to the racial divides since President Barack Obama took office.

A brand new Newsweek survey confirms that since the election of Barack Obama, a lot of people believe that not only has his election not helped race relations, but may have contributed to widening the racial divide. Based on the survey, since President Obama took office nearly 60 percent of Americans are now convinced that race relations have either deteriorated or stagnated.

This feeling is common among whites and blacks.

But should we be surprised? The vestiges of racism and the states that engendered and continue to breed its perennial existence were implanted and nurtured in every part of American society long before Barack Obama was elected president. One could assert, based upon the rancor that’s played out that his election was an aberration. That will be a standard which will continue to elude us for generations in the future.

The divides and awareness of them among blacks and whites run deep.

The survey confirms that given the same scenarios, blacks and whites come away with different conclusions. For example, while both blacks and whites can agree that racial stereotyping occur, they disagree how it changes people’s lives that are black. 70 percent believe that blacks have an equal chance of buying affordable housing compared to 35 percent of blacks believing exactly the same. Only 25 percent of blacks consider that they receive equal treatment compared to 70 percent of whites. And as it pertains to the court system and police, 84 percent of whites believe that blacks get exactly the same treatment as whites compared to 52 percent of blacks.

With such opposite perspectives based upon life experience, how do we expect to get to a place where we work collectively to attain meaningful and long-term improvement in relations among the races?

If President Obama gets re-elected, should enhancing race relations be high among his priorities to address during the following four years?