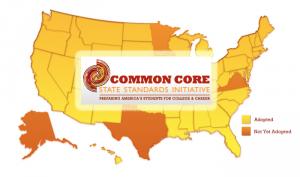 Public education in America, especially at the primary and secondary, is in need of serious attention if we expect to remain in competition on the world stage and at home. We as a nation have another chance to get the beginning of another school year right.  America continues to lag behind many less wealthy nations in providing high quality instruction for its children.

This underachievement on the world stage is particularly glaring in the vital areas of mathematics, science, technology and English language arts. It isn’t a sporadic difficulty, but a systemic one.

America’s public education system for most of its kids, grades K through 12, is broken and it must be fixed, and it won’t be easy.

The U.S. Department of Education should be commended for encouraging states to adopt what’s come to be known as “Common Core Learning Standards” that require students to gain advanced skills in math, science and English language arts where they do more writing, critical thinking and problem solving.

Forty six states adopted Common Core Learning Standards and have responded. Some states are moving into their second year of enactment and are getting the results of performance tests of students after year one. The overall lower performance of what was once considered high-performing schools is sobering.

But officials are quick to point out that the big difference is due more to the higher standards than lower performance. The tests reveal the emphasis on critical thinking. Students must write more after reading and assessing complex areas, tackle multi-step problems in mathematics and spell out the logic behind the answers in written responses. Kentucky, the first state to analyze under the Common Core Learning standards, saw a similar drop of about 30% in testing results for pupils after the first year of execution.

If these first testing results do nothing else, students should make states more determined than ever to move forward with executing high quality Common Core Learning Standards so our kids can be very prepared to pursue upon graduation a higher school education, specialized training and purposeful productive careers and lives.

That is our only hope to keep America strong, competitive and a leader on the world stage. What could be better motives for biting the bullet and getting our children’s schooling right?