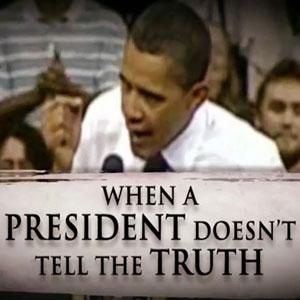 The public must reclaim governing, who governs and who is held accountable for doing the people’s work and bidding. We, the public, have abdicated our responsibility of holding elected officials accountable for far too long.

The 2012 Presidential Election will go down as one of the most blatantly negative and factually misleading campaigns in modern times. What makes this characterization particularly troubling is the pervasive proliferation of the ugliness and falsehood through the multi-media at our fingertips.

Today’s technology makes no distinction between lies and truth, both reach a busy, preoccupied, and unsuspecting public instantaneously. A public confounded by the fact that we are now a society who would rather be entertained than informed as we go about the business of governing.

Unfortunately, sensationalism replaces rationalism in its power of influence over our collective decision-making process — even when our quality of life depends on it.

But why would we sit by and continue to allow the awesome power of the people, the public, to be minimized and debased when it comes to making decisions about who is best able to lead this country through the tough challenges it faces?

During the upcoming elections, the public has a great opportunity to reclaim its rightful role in how political decisions and policies are made at the national, state, and local levels. We can and need to elevate our election process imploring the noble within and around us, decrying, and rejecting the base that tempts us — if it is not too late.

There has already been an unprecedented amount of money spent in this election cycle on false, misleading, and negative advertising. And what is even more disturbing, is when the national media point out the facts, the false ads continue to run.

Where is the sense of honor, integrity, even a fair fight? Has the quest for political power made us abandon our moral compass?

The endless sources of money used to mislead the public abound thanks to the ruling of the highest court in the land, the Supreme Court, which allows individuals, groups (known and unknown) to pump as much money in a candidate’s campaign as they wish.

If political action committees from major corporations and industries, labor unions and other special interests groups can not spend their resources to disseminate factual information to educate and inform, then the public needs to recognize in whose best interest they are functioning and respond accordingly. We, as a public, must send a resounding message to any candidate at any level that we cannot be duped, taken for granted, or misled. We are not interested nor will we be tolerant of any blood baths or extraneous sideshows when what is at stake will impact our lives for years to come.

With both sides running negative advertising campaigns during the 2012 Presidential election, it was more difficult to find an ad from President Obama’s camp than from the Republican candidate Mitt Romney’s. But even with the one we found, it is tough to determine if this is really a negative ad, or the truth because Romney has made his views on pro-life very clear. Regardless, it is up to us the voters to decide who is telling the truth, and who doesn’t care about the truth in advertising or otherwise. Photo Credit: cbsnews.comHaven’t we had enough?

It is time for us to hang-up on telephone calls from any camp where the truth is at best, distorted and claims are not backed by facts. It is time for us to tune out and turn off messages that tug at our emotion rather than our sense of right and reason.

We can be proactive. We can write a brief note or a long letter, send it by e-mail or regular mail; we can make a phone call or attend a town hall meeting. There are many ways we can let candidates know we are more interested in meaningful discussion rather than mud slinging. We really have no excuse.

Amid all the fuss and fury, beginning with the presidential candidates and carrying it through to the candidates for the U.S. Senate, Congress, state, and local offices, ask what will they do about those issues that are important to you, your children, your grandchildren. What will they do about healthcare, education, gun control, drugs, strengthening families, building strong neighborhoods, and others?

Many elected and would-be elected officials have grown comfortable in the thought that we are gullible and will believe anything that sounds credible whether or not it is grounded in fact. Many politicians bank on the fact that for the majority of those who vote, this single act will be the sum total of their political involvement. Therefore, after the vote, many elected officials feel little or no accountability for what they do or fail to do. Fear of suffering any repercussions is iffy at best and only if it occurs before the next election.

But casting a vote is only a small part of carrying out our obligation to be good citizens.
Good government and effective governing is an ongoing affair.

Based on our action, or inaction, we get the leaders and government we deserve.

Start now by not being duped and holding whoever wins accountable.

Feature Photo Credit: Ironically, in this ad, Romney calls the President’s honesty into question, but he had this to say about advertising in a December 2011 New York Times article: “First of all, ads are propaganda by definition. We are in the persuasion business, the propaganda business…. Ads are agitprop…. Ads are about hyperbole, they are about editing. It’s ludicrous for them to say that an ad is taking something out of context…. All ads do that. They are manipulative pieces of persuasive art.” Photo Credit: AP