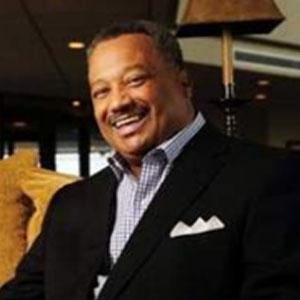 The race and religion divide is quite evident and on full display on any given Sunday whether you attend a church in person or view some televised church service. The Southern Baptist Convention is doing something about it.

The largest protestant denomination’s first African American president could be elected by the Southern Baptist Convention. It is a deliberate step to move beyond its long history of preaching and boosting racial segregation. The Convention was really born from a struggle over slavery. Baptists in the south supported captivity and Baptists in the north refused to appoint missionaries who owned slaves.

Despite worshiping traditions and religious beliefs, Sunday, whether intentional or non-intentional, is arguably the most racially-segregated day of the week in America irrespective of your denominational association. Whether you attend worship services in a church located in an urban center, a suburban area, or in the valleys and hillsides along winding country roads, it’s very likely the parishioner beside you or across the aisle is of the same race if not the same ethnic group.

Many of us assemble in the pews Sunday after Sunday, unfettered and unfazed by the racial homogeneity all around us, even when the edifice and its steeple are distinct from a neighborhood whose residents may or might not be homogeneous in any way. A neighborhood composed of a number of ethnic and racial groups, members of which are never encouraged to come in, or have never dared to dawn the church’s entrance.

Since its Convention in 1995, Southern Baptists formally apologized for their history while also attempting to be less exclusive and improve race relations. One can find the transformation occurring in many of the televised services that dominate television screens.

But in a lot of churches in too many communities across the nation, there is no progress at all when it comes to welcoming different races to share in the worship encounter. The race and religion divide is pervasive in America. Photo Credit: meetville.com

The Southern Baptist Convention has more than 40,000 churches as members, most of which are in the south and predominantly white. The Convention is working to expand its base and recently, minority churches have found the greatest growth rate.

What a tendency that is great. Convention members are the first to admit they still have quite a distance to go before true integration happens across the many congregations. But they are deciding to keep moving in the correct path.

Electing Fred Luter, a New Orleans pastor, as its first African American President will put the brotherly love which is preached on Sundays into exercise.

Many others perhaps have a new message on Sundays in words and actions and can take a lesson as we work to close the race and religion divide in this country.