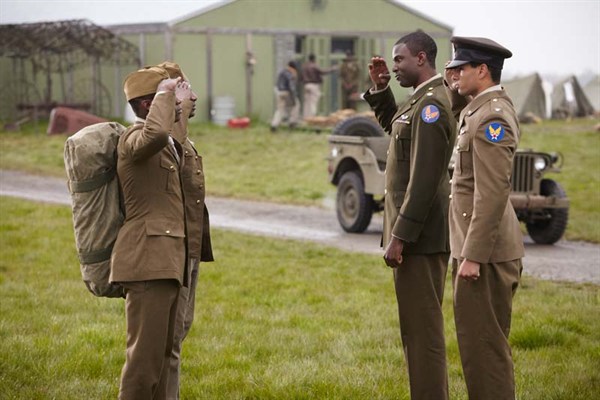 War heroes are race neutral and we would do well to remember that not just on Memorial Day, but every day we enjoy the beauty and bounty of what it means to be free in America.

This Memorial Day weekend, President Barack Obama will once again honor our war heroes at Arlington Cemetery, as will many communities across the nation. It is the common patriotism that existed among them despite their racial and ethnic histories. War heroes race neutral.

As the saying goes, neither race nor religion matters when you’re in the foxhole. No doubt, the same applies when one is in harm’s way as is often the case during war, and could be the case as we fight a new war called terrorism. We would do well to remember war heroes are race neutral.

But are the baby-boomer and the Y and X generations psychologically prepared for the total ramifications of a far reaching protracted war against terrorist? Are we prepared to make sacrifices on a scale we thought we would never have to make, perhaps sending tens of thousands of our sons and daughters year after year somewhere on the planet to keep terrorism at bay?

These are questions to not be taken lightly.

On this Memorial Day, it’d be good to reflect on the state of war and how the generations to follow along with our generation will likely have to be engaged, and the war we find ourselves in today. They will be fought quite differently, while the casualties of the war and of the future will hold many similarities to those past, no doubt. They’ll likely need a resolution that is both similar and different to soldiers in previous wars.

And it is going to take us all as Americans, irrespective of religious beliefs, race, ethnicity, or political persuasion. Fathers and our grandfathers who fought in both wars and the Korean War, and our husbands and brothers who fought in the Vietnam War grew up with a sense of duty to protect and to serve their country. It didn’t matter whether they were black, white, Asian, Hispanic, or otherwise. An expression of duty and patriotism was ingrained in them. Whether they wanted to or not, whether they agreed with the premises of war being given to defend America and all it stood for was not voluntary.

How do we, the X and Y generations and the baby-boomer generation, attain the best state of readiness in the months and years ahead to be victorious in what portends to be a protracted war? How will we face the challenge, as we become a country of minorities?

And  as family members left at home, when loved ones are sent to faraway areas in the name of humankind, and freedom, national security, how do we share the experience and anxiety across race and culture n anticipation of their safe return?

How great it would be if we civilians would remember what soldiers and their families share in common, as we go about our regular lives.

While we pause to honor our heroes past, we must ask are we, the present generations of Americans, like the generations before us, prepared for the war President Obama, Congress, our troops, our nation will desire support from all of us.

We have other watch points and Afghanistan, despite the official withdrawal of American troops signifying an end to the active military engagement. The war on terrorism will will likely be a long fight. It is scattered in many places and a war that will require an attack on multiple fronts, using multiple strategies to defeat an enemy.

Our heroes’ profile will consist of those fighting in areas like Afghanistan, but also people who finish successful missions like the one which killed Osama Bin Laden. No doubt, the profile will continue to change as cyber attacks are defeated by us, overpower a suicide bomber on a subway car, a plane, or a crowded street.

This Memorial Holiday, we honor these men as we’re fully conscious of the wars and our heroes of wars. We must continue to keep America strong, and safe, free.