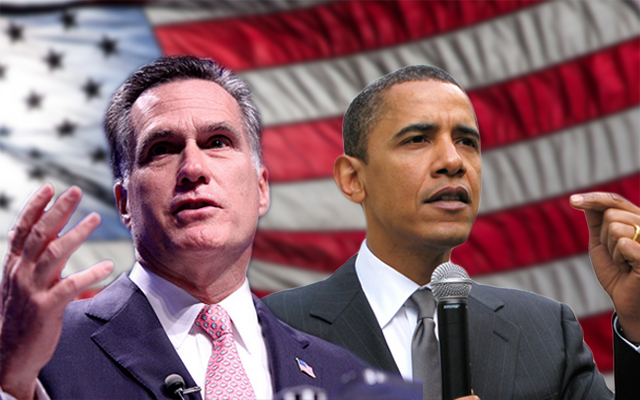 Now is the time to actually evaluate the character and qualifications of Romney and Obama, both candidates. This evaluation will be needed to separate the exaggerated and false information. It will not be easy to distinguish fact from fiction. And no one has a crystal ball to let them know how either candidate will ultimately handle the dilemmas which will appear once they’re in office. As well as a new Congress, the path of future policies cannot be foretold with any certainty.

But foretelling is not the business that the voting citizen is in. Rather, given what we know about the challenges this nation faces and the background of each nominee, who should get our vote?

Former Governor Mitt Romney is wrapping up the Republican Primary election. President Barack Obama formally kicked his campaign off this week. The race for President is on.

The real question: Given the options, who is qualified to hold the office? Who is most qualified, Obama or Romney. Photo Credit: theguardian.com

As the race for president moves forward in the coming months, we are going to have the opportunity to see which candidate consistently demonstrates that he has a command of the most important dilemmas, challenges, and policy determinations facing the nation in adequate detail to differentiate between good advice and not-so-good advice. The man best suited to provide leadership and direction will have and demonstrate that he has the requisite communication, discussion, and consensus-building skills to attain significant results.

We will have the ability to ascertain which nominee has the appropriate experience. A few questions to ask include: Which candidate has the finest career experience to grapple with some of the most complex problems facing our time within our borders and globally?

Among those complex dilemmas will be implementing the right strategies to keep an ailing market on the way to recovery in ways that continue to gain the greatest amount for the most Americans and to keep America strong.

Who will function as the best man at the table to help mediate the crisis in the Middle East and other troubled areas on the planet? And, triumph over the war on terrorism?

The President of the nation cannot be successful without a good dose of compassion and inclusiveness when one considers the growing complexity and diversity of the nation. The President must demonstrate both if he is to balance the demands of the rich and the poor, the young and the elderly, the needs of minorities with those of everyone, the privileged and the disenfranchised in his decision making.

The President must perform the greatest balancing act, making decisions based upon what’s good for America and/or most Americans. As well as knowledge and bravery, high moral standards, and powerful integrity must be the foundation on which all decisions are made.

In the remaining months before the general election in November, voters will be bombarded with never-ending political commercials with claims and counterclaims. Pundits, political pollsters, and partisan spin-doctors will proclaim about what will, should, or must occur for either nominee to be the winner.

Perhaps one of the best things a voter may do during the next few months is to find some quiet time to create their own soundproof booth and, given the candidates, determine who is the most qualified.

In appreciation of being the receiver of what this great nation affords its citizens, the least we can do is to cast an informed vote in November 2012. In truth: It is just the start of what this nation could or cannot become over the following four or eight years.

Who should it be? Who’ll it be, Mitt Romney or Barack Obama?

There’s a lot at stake for America and Americans during this election year.