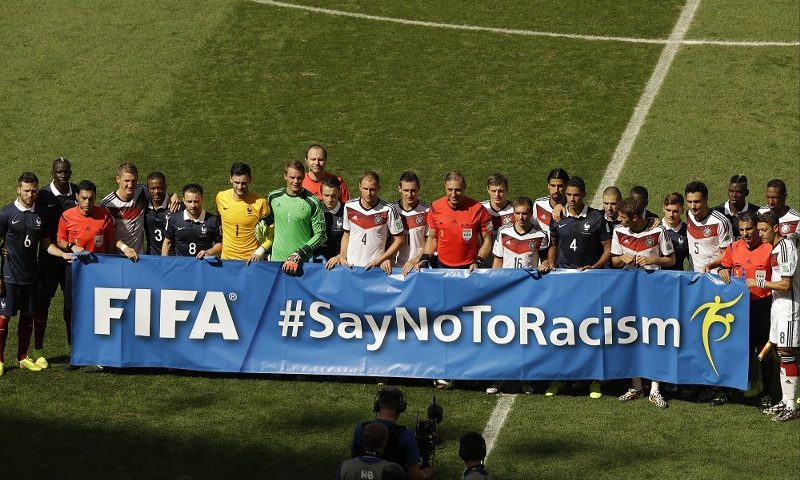 Racism plagues soccer games throughout Europe. From Sophia, Bulgaria to Budapest, Hungary to Rome Italy, Europe has been fighting with constant racist events at football matches for the last several months.  There also have been episodes in England.

The FIFA, as punishment, has ordered that in March when Bulgaria hosts Malta for a World Cup qualifying match it is to play in an empty arena. The team was also fined.

The punishment is being appealed by the Bulgarian Football Union because they maintain the monetary fine is disproportionately brutal — a match behind closed doors — considering only several enthusiasts commited the racist behavior.

The Hungarian Football Federation is also appealing a FIFA opinion that is a similar consequence of supporters yelling anti Semitic slogans during a match in August at Israel. Hungary has been ordered to play with Romania behind closed doors in March.

While the racist slogans were hurled at Israel’s football players, the ethnic and political anxieties — originating from the destiny of a sizeable Hungarian minority in Romania — is no secret and is the platform for additional interest and anxiety when these teams come together.

In Rome, AC Milan players walked off the field with Pro Patria during an exhibition game. The game finished. While some applauded the players, and several Pro Patria supporters are barred from all sports events in Italy for five years, the controversy continues.

Certainly, football across Europe has a serious issue with racism and racist behavior on the part of devotees, irrespective of state.

Hopefully, it won’t require more situations before a clear message is sent that football isn’t set for racist chants or gestures to escalate to violence.

Plus, if you’re anti-Semitic and racist, one can always choose not to attend the match.