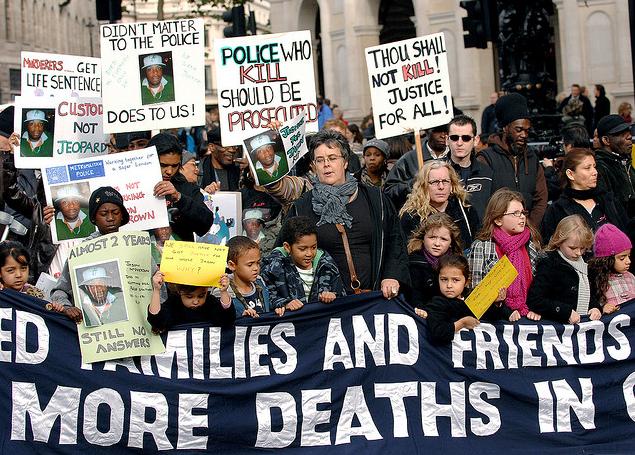 Racist acts of violence occur randomly and frequently in communities all across America. As Americans, we must come to terms with both arbitrary and racist acts of violence. Instances of both types of pre-meditated and pernicious crimes against humanity and occur all too commonly in what purports to be the most civilized societies.

How have we gone so far astray? How is it that our sense of civility and morality and our collective conscience  are not crying out that we have to get at the root causes of random and racist actions of violence?

We must start by eliminating the “straw men” in the quest to find meaningful answers. Stopping racist and random actions of violence aren’t about law-abiding citizens being indiscriminately denied their 2nd Amendment Rights afforded by the Constitution to bear arms to shield ones property. It isn’t merely the deranged or the demonic that wield high powered weapons against unsuspecting innocents, or hyperbolic hate-filled rhetoric followed by heinous actions waged against a racial or ethnic group. Racist acts of violence are prevalent

It’s time to fess up America. It is much more than one or the other of the above.

Reducing gun violence is a complicated problem that will demand rational discussion on multiple fronts: Guns readily reachable to the hate and the mentally ill -filled; laws on the books that are loosely enforced or are blown off.

Does it mean anything that America is the most violent industrialized country on the planet? We have more episodes like those in Tucson, Aurora, Oak Creek, Newtown, Sandy Hook, and more murders per capita, and other places, sadly yet to be named, than any other modern civilization.

Do we not care about the racist and random acts of violence that have happened and those that are perpetrated or are being planned?

The Associated Press just reported an event in Montgomery, Alabama. Apparently, an Alabama teen made journal entries about a plot to bomb classmates after the Newtown school massacre and started constructing little homemade explosives. It is believed that the school shootings in Newtown destined this would-be killer.

The teen told investigators that he is a white supremacist, explaining why five of the six students he named in his journal as targets are black. An attentive teacher discovered the journal and turned it around to authorities. The adolescent also indicated using firearms, and police found several in the home.

This possible tragedy was averted. But, how many more will not be found. Have we become a country that’s only moved by the drama or indignation of the day or week, as our sensitivity and outrage decreases and fall back into our complacent and complicit state as times goes by?

Is this the way a civilized, otherwise reasoning people, deal with the mental health issues, vigilantes, loose laws, and fear-mongering demagogues in addressing this serious issue of gun violence?

Arbitrary and racist violence has no place in a concerned and civilized society.

In not becoming engaged in seeking answers, we are not all innocent. We’re all responsible.