Rise Up Against the Hypocrisy of Sexual Harassment

The moral authority of this nation is on a slippery slope. It is up to the American people, voting and holding elected officials accountable to stop the slide. Men and women must rise up against the hypocrisy around sexual harassment in Congress and the White House, which is clearly on display. This is not just a problem for women to solve.

How can something less than an unequivocal rejection of sexual harassment in any of its forms not cause one to question the strength of our moral fiber, or moral compass. Men and women must rise up against the hypocrisy around sexual harassment anywhere and everywhere we might experience or witness it.

It is sad that the condemnation of sexual harassment and all forms of gender inequality seems to have fallen victim to partisan politics. Sexual harassment, sexual abuse, sexual misconduct should be seen as egregious infractions not matter what political party one might belong to.

Yet, as revelations about sexual misconduct besiege both Republican and Democratic elected officials, the responses and reactions to the offenses are quite different by fellow Republicans and Democrats in the Senate, House of Representatives and the White House.

How can some members of Congress and President Trump call for, even applaud, the resignation of some of the accused, but not all of them? How can they selectively believe the accounting of some women, and not believe others? 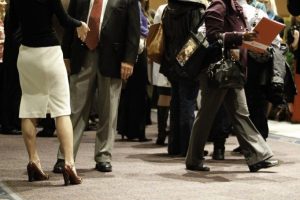 Rise Up Against The Hypocrisy Around Sexual Harassment. Photo Credit: fitsnews.com

Why should what President Trump said he did to women on the infamous “Access Hollywood” tape, and the accounts of the multiple women accusers of sexual harassment claims against him, as well as the claims against Senate Republican Candidate Roy Moore be perceived and judged differently? Why isn’t there a clarion call for their resignation, apologies, or something?

More importantly, does the election of President Trump indicate a relaxation or sacrifice of moral values in exchange for some promised economic, racial, or gender concessions? More importantly, will the election of Roy Moore be a sign of affirmation that many voters condone the mistreatment of women and girls, if the accused perpetrator will champion our racist, sexist, and extreme religious views?

On the other hand, during the same time, a Democratic Senator and Representative and two Republican Representatives have decided or been forced to resign their elected positioned because of sexual misconduct toward women. Why is resignation demanded of some and not others? How can we as honest Americans accept this dual standard?

What mixed messages are we sending to our children, young men and women, today and generations to come?

Decent Americans must demand more accountability of those who we elect to represent us. Men and women must rise up against the hypocrisy around sexual harassment in the Halls of Congress, in the White House—in all its forms, not matter when or where it has occurred.