Racism Rages Despite Being Connected Globally

There is a solution when elected officials’ actions and policies are not in the best interest of the public. Vote dishonest and deceitful politicians out of office at the earliest opportunity. If we do not, we have no standing to complain.

Too often and too many politicians, at every level of government, will say and promise things to the public that they have no intentions of doing when they get in office. Why is elected official after elected official so comfortable in doing this, time and time again? It is because, too often, the public is either not paying attention or has a short-term memory and fail to vote dishonest and deceitful politicians out.

The fact of the matter is words spoken or not spoken, actions taken or not taken, policies passed or failure to pass by the people we vote in office effect our very lives. Any observant voter needs only to look at what we have experienced by the leadership or lack thereof of the people we trusted and sent to Washington to represent our families, communities, and country. Why wouldn’t you vote dishonest and deceitful politicians out of office? 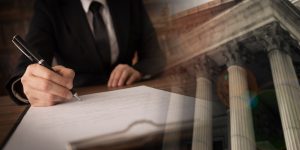 How much of our current state of affairs—when it comes to a pandemic that still is not under control, a teetering economy, and American families suffering in unprecedented ways—is directly a result of what elected officials are saying and doing. As friends, colleagues, and family members fall ill and die, lose their jobs, suffer emotionally and physically, do you believe what your political leaders are telling you? Do you approve of what they are doing, how they are voting?

Is it okay for your elected official to vote for tax breaks for business and not vote for tax breaks for families? Is it okay for elected officials to vote to contract with corporations that pay their executives millions of millions of dollars, but refuse to pay their workers a decent living wage? Vote dishonest and deceitful politicians out when they promise you that if elected they will fight for you, but then your plight when they get in office.

We as voting citizens need not feel powerless, helpless, cynical, or check out and forfeit our rights. Instead, we need to listen carefully, pay careful attention, and believe our ears and eyes. We need to stop making excuses for elected officials that do not do their jobs. Vote them out. Vote dishonest and deceitful politicians out. Given their actions, you should not hesitate to do so at and all levels of government.

Politicians should be working for the people.