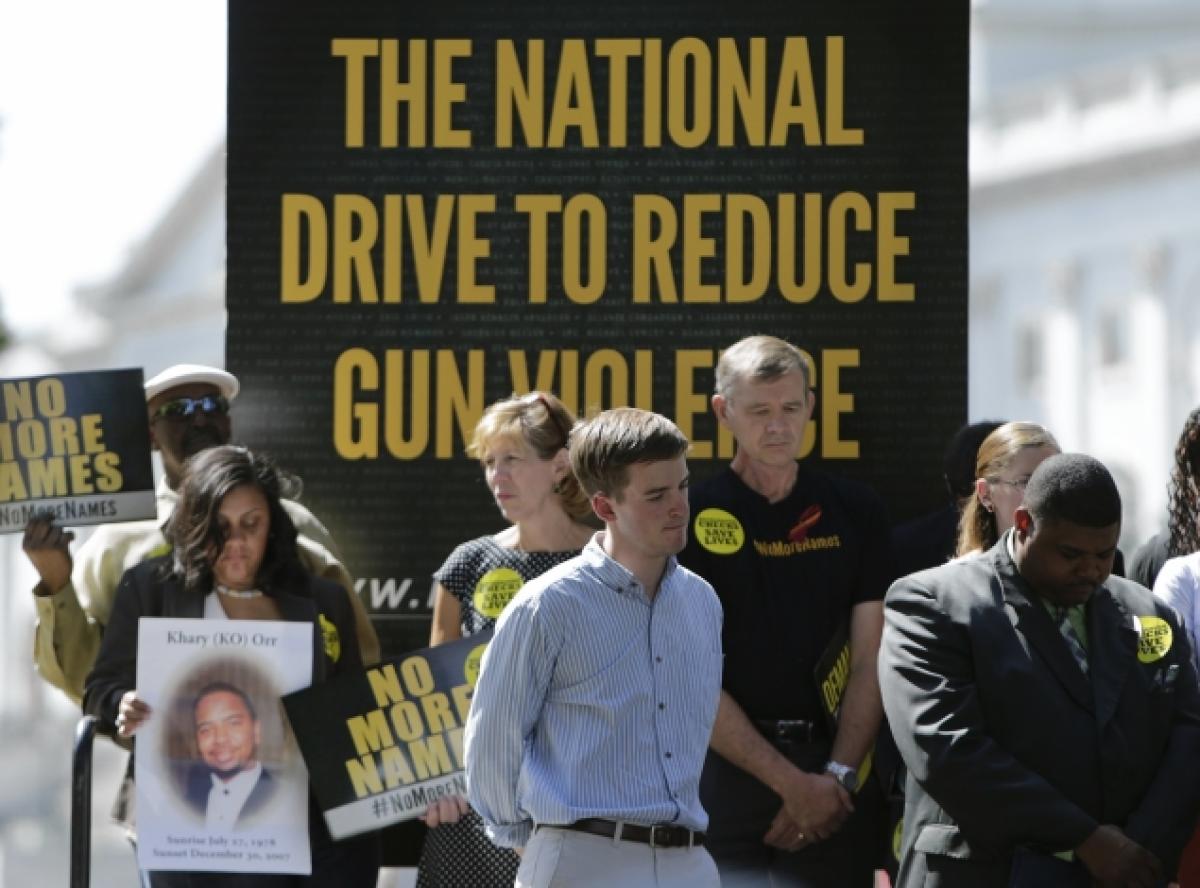 When guns and racism collide, the results are always harmful if not lethal and often innocent bystanders are the victims. How many episodes of wanton violence by a sober or crazed vigilante will it take for America to address its love affair with the “Right to bear Arms,” and the abuse of the privilege?

The right to bear arms is as American as apple pie. But paradoxically, the misuse of either results in negative outcomes. When guns and racism collide, there is not just immediate devastation, there are long-term, sometime irreversible damage physically and mentally.

Any reasonable American must admit that when a fellow American walks into a townhall meeting in a shopping mall (as in Tucson, Arizona), a packed theater (as in Aurora, Colorado), or in a church on a quiet Sunday morning (as in the Sikh Temple in Milwaukee, Wisconsin) and begin shooting innocent individuals at random, something needs repair.

It seems using the 2nd Amendment of the Constitution, which permits each citizen to have a firearm to protect his house and properties, has taken on a significance way beyond its original intent. When the forefathers added that Change to the Constitution, it meant having a musket, perhaps a one-shot pistol. Some other revolver or a sixshooter was barely on the radar display.

Fast forward to today, and the right to bear arms has taken on a completely new significance, even by the standards of the biggest gun lobby in the property, the National Rifle Association, which managed by choice or not to pave the way for anyone to possess over a rifle.

Lawfully, any citizen, meeting minimal screening conditions, can purchase any kind of firearm except allegedly those. Illegally, folks can purchase anything they need from firearm dealers, trade shows, or anyone. And the choice goes the gamut too, including AR 15, automatic pistols, military issue like an AK47, MAC 10, and 11.

Has anyone considered that the USA, one of the most civilized and sophisticated nations in the world, is among the most violent? The speed, quantity, and frequency of firearm injuries in America on a a yearly or daily basis exceed that of many underdeveloped and poor countries.

By choice and at random, someone kills innocent women, men, and kids on a daily basis in the United States with a weapon that was lawful or illegal. These actions happen on the roads in public and holy areas, in the house. Motives abound, and range from love, sex, cash, drugs, greed, larceny, and killing someone because of skin color, ethnic, or spiritual differences.

What will it take for us as caring citizens, as Americans, forward-thinking civic leaders, and elected officials, to reconsider our enforcement practices and our firearm laws?

Will it require a negative economic impact to get policy makers to behave? Will it need large numbers of individuals refusing to go to shopping centers, movie theaters, or Gob forbid, going to church to get enough of us up in arms to demand our local, state, and federal government do something about the proliferation of firearms and the prohibited use of them?

The assault on the Sikh Temple that took six lives and wounded others is symptomatic of a growing and more serious issue: These occasions call into question whether Americans — crazed or not — resort to violence to express or solve grievances, bypass, or attribute the rules of due process our form of government affords.

Even more is the question: Are Americans using violence to terrorize, kill, and maim innocent people that may be of another race, faith, or culture? Wade Michael Page, who also perished at the scene, is, according to authorities, the alleged shooter in the Sikh Temple. He was an ex-military man.

As we reflect on these devastating events, is this a potential turning point for us overly seriously do something about endurance, the effects, and glorification of firearms in addition to the availability of police?

Will it make us all pause and make a joint attempt to better comprehend people who don’t look like us, live like us, or worship like us?

Can we anticipate a day when motives and words, replaces bombs and bullets?

Did someone say we are becoming more civilized?