Do You Approve of What Is Happening in Washington

Your voice and your vote determine election outcomes, which could have far-reaching consequences beyond the campaign cycle and Election Day.  When you do not bother to speak up and speak out there can be consequences that will not only affect your daily life, but the lives of your family, your community, your state, and our nation for years if not for a lifetime.

Every four years we elect the President of the United States, along with other elected officials at the federal, state and local levels. Traditionally, each Presidential election is perceived to be more important, generates the most excitement and attention. Understandably so. After all, the President is the face of America. He or she should embody all of the values, principles and what is good about this nation.

Why not take the mid-term election coming up in November just as seriously as the Presidential election? There is a lot riding on who gets elected to serve in the U.S. Congress, state houses, and local government.

How well do you know the candidates seeking your support and vote this November? What is their position on health care, education, jobs, taxes, justice, racial and gender equality? How could their position positively or negatively impact your life, that of your family, your community?  How do you want your state and nation to function? 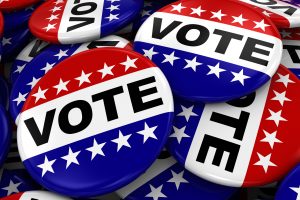 These are all serious questions. These are questions that you should have very clear and unequivocal answers from anyone you are considering supporting or voting for. There is no doubt that your voice and your vote determine election outcomes. You have power. Exercise it wisely.

Did the last person you supported or voted for represent your interests? Did they work and vote for your best interest, that of your family, your community, your state and our nation? If not, why would you trust them and vote them back in office, again?

Your voice and your vote determine election outcomes, not only for you but your fellow Americans.

Exercise your power wisely during the upcoming mid-term election in November.