If you think, at first glance, the statement that we must fight to save the soul of America seems a bit extreme, think again. There are many examples in history where certain propaganda and actions from leaders, along with a silent public, put a society on a slippery slope, which ultimately led to some of the worst human atrocities.

Allowing tyrants, whether self-appointed or inadvertently elected, to run roughshod over a society’s values, culture, principles, even long-standing laws of the land, while we watch in disbelief but do nothing is exactly what makes great civilizations disappear.

As we pause to celebrate our republic and the democratic principles and rights that define its existence, the very soul of who we are, we need to ponder whether a lot of what has made America great is now at risk. As you celebrate this Fourth of July commit to fight to save the soul of America. The power to do so resides in We, the people.

As you watch the blatant erosion of the quality of leadership, not only in Washington but in capitols all across America, do you think we the people need to use the power of our voices? 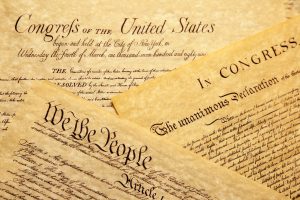 This Fourth of July Commit to Fight to Save the Soul of America. Photo Credit:
janicesellis.com

Are you concerned that our rights as citizens to life, liberty, and the pursuit of happiness is eroding? Based on the divisive rhetoric and proposed policies, are you happy and comfortable with where America seems to be heading?

If not, what are you willing to do about it? We, the people, have the power to determine what America is about, what sets us apart from other countries, and what makes us a great nation, a mediocre or heartless nation. What do you want your homeland to be about? How do you want it to be known to your children, grandchildren?

How do you want America to be recognized in the world, for its goodness or baseness?

The essence, the soul, of a nation is ultimately defined by the values and behavior of its people. During this Fourth of July commit to fight to save the soul of America. We can do that by speaking up, speaking out and committing to vote for the right people with the right values and holding them accountable while they are in office. They must support policies that are consistent with what makes America a good, decent and great nation—as outlined in our Declaration of Independence.

This Fourth of July commit to fight to save the soul of America.